If you have watched the 2021 WNBA draft then, Kysre Gondrezick must not be a new name. She took the internet by storm when Indian Fever picked her in the No.4 overall pick. Kysre is a well-known American college basketball player. She has been named a Parade All-American in her High School and made it to Four-time All-State, Dream Team, and conference MVP. Currently, she is for the Chicago Sky of the WNBA.

Kysre Gondrezick was born on July 27, 1997, in Benton Harbor, Michigan. She is among the three children born to Grant Gondrezick and his wife, Lisa Harvey-Gondrezick. Her father played five seasons in the NBA, playing for the LA Clippers and the Phoenix Suns, and her mother was a member of Louisiana Tech's 1988 NCAA Championship team. She has a sister named Kalabrya and a brother named Grant Jr. After graduating from Benton Harbour High School, Kysre enrolled at the University of Michigan.

Kysre finished her High school averaging 40.5 points per game and graduated as the No.2 scorer in Michigan girls basketball history. She was named Michigan Gatorade Player of the Year and several other awards. After graduating from High School, The player committed to the University of Michigan and then made it to the Big Ten All_freshamn Team at the end of her freshman year, averaging 14.9 points per game while averaging 3.6 rebounds in 27.8 minutes per game. 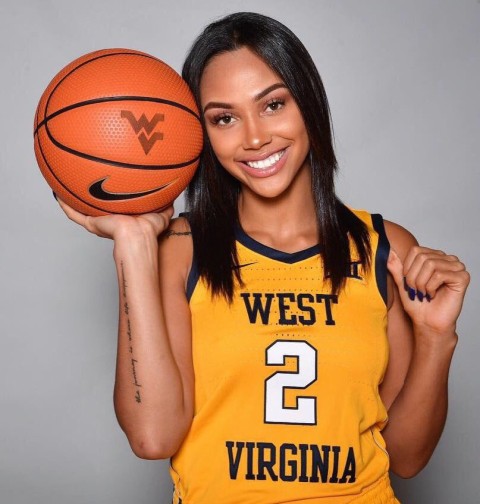 For the sophomore year, Kysre transferred to the University of West Virginia and sat out the 2017-18 season due to NCAA transfer rules. In her Junior year, She made it to the 2019 JoshJunkanoo Jam Bimini Division All-Tournament Team and averaged 13.2 points and 4.0 assists per game. Kysre did not play at the end of the season due to personal reasons.

Gondrezick averaged 15.3 points per game, 3.15 assists, and 1.3 steals per game in her senior year. She was named in All-Big 12 Honorable Mention and 2019 Florida Sunshine Classic Most Valuable Player. She then listed her name for the 2021 WNBA draft. Indiana Fevers picked her up in the overall 4th Round Pick.

Who is Kysre Gondrezick Dating? Know About Her Relationship Status and Boyfriend

Kysre is involved in a romantic relationship with her longtime boyfriend, Josh Jackson. The love birds have been dating each other for more than two years. Josh is an American professional basketball player currently playing for the Detroit Pistons in the NBA. 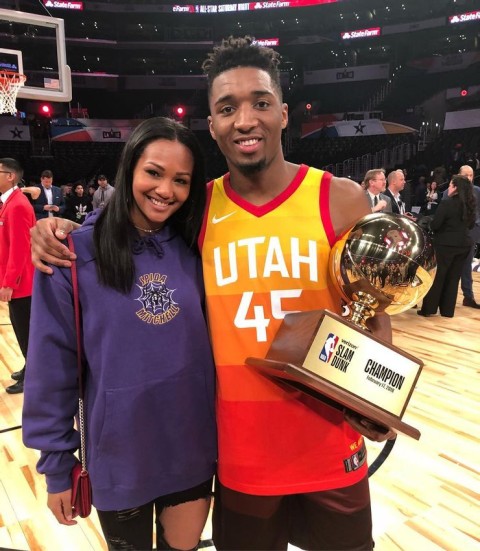 CAPTION: Kysre along with her boyfriend, Josh at an event SOURCE: The sports

Both are active social media users but have successfully kept their personal life away from the media.

Kysre Gondrezick plays for the Chicago Sky of the WNBA. The average salary of a WNBA rookie is more than $60,000. However, She is among the top pick on the team. Kysre shall be making millions from her contract. There is not a word shared about her contract details with the media. As per sources, The player will have a sponsorship deal worth $83,861.

Kysre lives a lavish lifestyle and seems to earn a huge sum from her other sources. She keeps visiting famous holiday destinations. Her boyfriend, Josh, has an estimated net worth of more than $5 Million and has an annual salary of $6,041,520.