Chad Henne is an American professional Football Player who plays in the National Football League (NFL). As of 2018, Chad Henne currently plays for the Kansas City Chiefs as their quarterback. Chad Henne has played for other teams like the Miami Dolphins, and Jacksonville Jaguars.

As a quarterback, Chad Henne reportedly earns around $3,350,000 as his yearly salary from Kansas City Chiefs. Further, Chad Henne has an estimated net worth of over $7 million. Reportedly, he is married to his wife Brittany Hartman.

Chad Henne was born on July 2, 1985, in Wyomissing, Pennsylvania to parents Sheldon Henne and Suzanne Henne. As per his nationality, he is American and belongs to White ethnic group. Further, his star sign is Cancer. Further, the details about his siblings are not in the media yet.

He attended the Michigan University. He became the second freshman ever to start as a quarterback in Michigan history; he accumulated a total of 32 wins in regular season plays, 8,740 offensive yards, and 87 touchdowns. And led the Wolverines to a Capital One Bowl victory over Florida in his senior season.

Chad Henne Net Worth And Salary; A house in Michigan

Contracts and earnings, including bonus and incentives:

Further, the NFL Player Chad Henne earns a good amount of money from various sponsorships which will certainly increase his net worth in coming days. He owns a 4,800 sq. ft. house bought for $900,000 in Michigan. The house has 5 bedrooms, 4.5 bathrooms, and a 3-car garage.

Exploring his personal life, he is a married man and currently married to his wife Brittany Hartman. However, the details about their children have not been surfaced in the media yet. 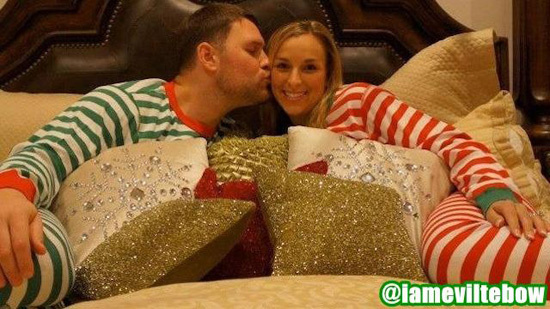 Brittany Henne, born to Diane and Richard Hartman in Pennsylvania in 1982. She attended Wilson Senior High School in Western Lawn, Penn. She was in the fourth grade when she met Chad. According to Brittany, she developed a crush on Chad from her early school days.

He and Henne came close at the junior level, began dating in the ninth grade and continued through high school and college; both Brittany and Chad attended Michigan University.

In the second round( 57th overall) of the 2008 NFL Draft, Henne was drafted by the Miami Dolphins. He was chosen after Matt Ryan, Joe Flacco, and Brian Brohm as the fourth quarterback.

During 2008 season, Out of training camp Henne earned the backup quarterback role behind starter Chad Pennington.

In 2010, During the off-season, when it was rumored that the Dolphins were trying to acquire Kyle Orton from the Denver Broncos, his job as a starter was considered in question. Coupled with the acquisition of Carolina Panthers Quarterback, Matt Moore, and the Pat Devlin, Rookie draft.

Henne 's 2011 starting campaign began well, with the best passer rating of 93.6 for 416 yards. These improvements were overshadowed by the 517 passing yards of Tom Brady and the resulting loss to the New England Patriots.

While at Jacksonville Jaguars, Henne and Steve Young are the only two players in NFL history since the merger since the merger to not start the beginning of a game and to throw 4 touchdowns without an interception. After an injury to Gabbert, he started the final six season games for the team.

Later, Henne signed a two-year contract with  Kansas City Chiefs on 16 March 2018. In the 2018 season, Henne was Patrick Mahomes' backup.