Matt Moore is an American professional baseball pitcher who plays for the Kansas City Chiefs of Major League Baseball (MLB). He made his MLB debut with the Tampa Bay Rays in 2011 and also played for San Francisco Giants. He was an All-Star in 2013.

The couple currently resides in $1.5 Million Home in California which they bought in 2014.

Matt Moore is married to his girlfriend turned wife Tara Moore for more than a decade. The couple is the high school sweethearts and reportedly met each other while attending William S. Hart High School in Newhall, Santa Clarita, California. 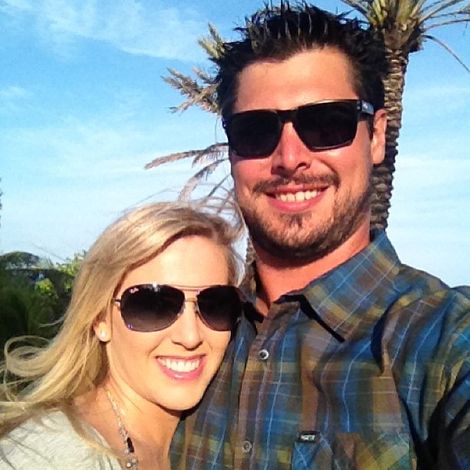 The couple is the proud parents of three children. They became parents for the first time in 2011 following the birth of their daughter named Aubrey. 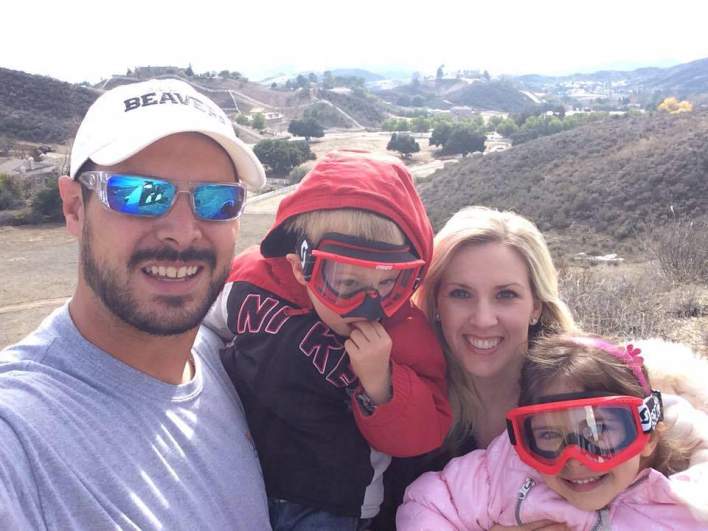 Matt and Tara with their children SOURCE: Heavy

Matt Moore's father spent 23 years in the U.S Air Force. He served as the Air Force Special Operations Command as a crew chief and maintainer of the MH-53 Pave Lows.

Moore has a brother who is older to him and also a left-hand pitcher. He is a Catholic and inked tattoo of St. Michael on his left shoulder. He is popular but never has been the part of any controversy. He is a philanthropist.

Matt Moore is one of the valuable assets of the baseball world. He reached the age of 28 now. He has a perfect height of 6 feet and 3 inches, which is around 1.90m. His weight is around 210lb.

Matt Moore was born on June 18 June 1989, in Fort Walton Beach, Florida. He is American. His ethnicity is white. His zodiac sign is Gemini. He is the son of Marty Moore. At the age of seven, he moved with his family to Okinawa, Japan where he lives on Kadena Air Base.

After living for four years on Kadena Air Base, he went to Moriarty High School in Edgewood, New Mexico. He played baseball during high school years. He also named Gatorade’s New Mexico Player of the Year.

Upon playing several years in the minor league, he was called up to play in the major league of baseball on Sep 12, 2011. He made his major league debut against Baltimore Orioles. On Sep 22, 2011, he made his first start against New York Yankees.

On August 1, 2016, Matt Moore was picked by the San Francisco in exchange for Matt Duffy, Michael Santos, and Lucius Fox. On August 4, 2016, he made his debut for Giants against the Philadelphia Phillies.