Mexico native Cesar Montes is a professional football player who is associated with Liga MX club Monterrey. Also, Montes is a national player who plays for the Mexico national team. Besides, his position is a center-back, and his jersey number is 3.

Not to mention, Montes started playing professionally for Monterrey when he signed a deal with them on July 1, 2015. Just like his professional career, Montes is also doing good in his personal life as he has a child with his probable wife, Fernanda Marquez.

Starting with his love life, Cesar Montes is engaged to his partner, Fernanda Marquez. The loving duo announced their engagement in May 2021. They had an amazing engagement as Montes kneeled down to propose to his girlfriend-turned-fiance in a pretty impressive way. 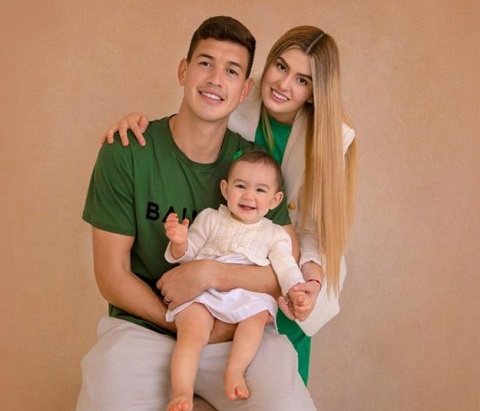 Cesar Montes has a child with his partner  SOURCE: Instagram @cjasib

It is unknown when they got married as Montes hasn't shared much info about his wedding. So, it can't be mentioned whether the pair walked down the wedding aisle or not. Despite that, they are already living happily with their child.

Montes and Marquez have a daughter named Isabella, who was born in March 2021. Furthermore, the professional footballer often features his partner and daughter on his Instagram account.

Montes Salary at Monterrey – How Much Is His Net Worth?

Since 2015, Montes has been playing for Monterrey, and when he signed a professional deal with the team, he received a whopping fee. According to Salary Sport, Montes earns £15,000 weekly and £780,000 yearly. Being with the respective team for a long time, Montes has surely added a decent fortune under his name.

As per Transfermrkt, Montes has a market value of €7.00m. Looking at his Transfermrkt graph, we can speculate that his value will increase more in the coming years. Furthermore, the professional footballer is associated with Adidas. 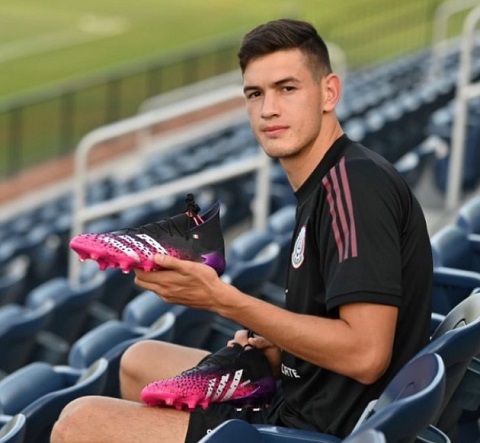 His collaboration with Adidas may help him take some cash. So, his net worth may be not less than $1 million.

Montes Is a Product of Pob. Miguel Aleman

Well, Montes began his career after joining Pob. Miguel Aleman in 2013 and spent just a year there. After that, he moved to Monterrey in 2014. And on July 29, 2015, Montes made his official debut for the team while playing against Correcaminos UAT in an Apertura 2015 Copa MX group stage game.

Playing professionally with the respective squad since 2015, Montes has already made over 200 game appearances scoring more than five goals. Regarding his career on the national team, Montes initially played for Mexico U21 and Mexico U23 teams. Montes was also a part of the U23 team that took the Olympic Bronze Medal in 2020. 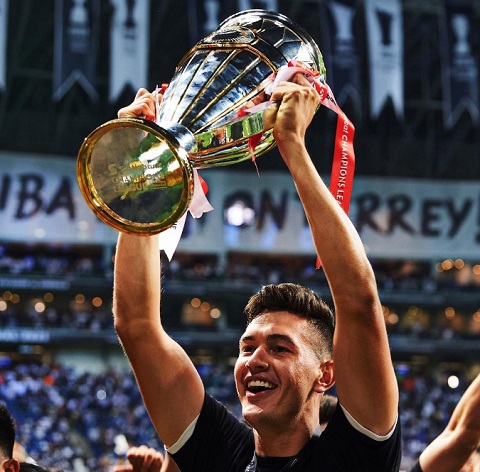 After receiving a call from the senior national team, Montes made his debut on July 13, 2017, during a game against Jamaica.

Just like Diego Lainez and Hector Herrera, Montes also has a good height of 6 feet 5 inches which is 1.95 m.