Candice Crawford is a former reporter and sports anchor. Candice is best-known as the wife of a famous former American football quarterback and sports analyst who played in the National Football League, Antonio Ramiro Romo. The love birds have been married for almost a decade and are living a happy married life.

Candide Crawford was born on December 16, 1986, in Lubbock, Texas, USA. She is among two children born to Chris Crawford and his wife, Dana Crawford. Her father was a dermatologist, and her mother worked in the home looking after their children. Candice has a brother named Chace, who is an actor. After graduating from high school in 2005, she moved to Columbia, Missouri, to attend the University of Missouri and pursue a career in broadcast journalism.

Candice walked down her wedding aisle and her longtime boyfriend, Antonio Romo, on May 28, 2011, at Arlington Hall, the historic building in Dallas' Oak Lawn neighborhood. The duo first met each other in 2009 and have been together ever since. Although, This may be the first official relationship of Candice, her husband, dated Jessica Simpson and Carrie Underwood before dating her. 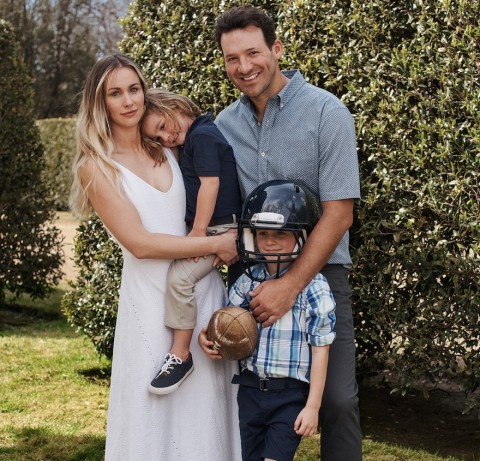 CAPTION: Candice along with her husband and their two children SOURCE: Pinterest

On December 16, 2010, Romo proposed Candace at Crawford's 24th birthday party, held at the Dallas restaurant Five Sixty. Candice and Romo had a lavish wedding ceremony, where they had invited more than 600 guests. Shortly after the wedding, The love birds welcomed their first child, Hawkins Crawford Romo, in April 2012.

The family of three extended to four after the birth of their second child, Rivers Romo, in March 2014. In early 2017, Antonio opened about expecting his third child. In August 2018, The duo was blessed with their third child, Jones McConey Romo. The family of five is living a happy life. Both of the love birds are active social media users and keep sharing photos of the family regularly. 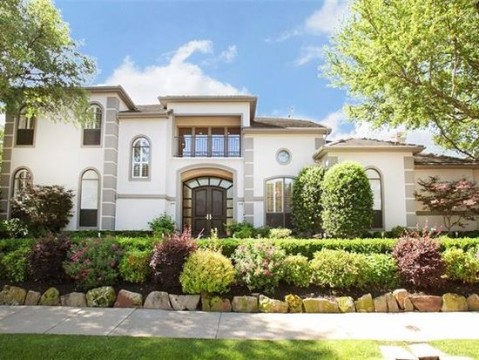 Tony played in the NFL for fourteen seasons and earned $127 Million from his career. He averaged $9 Million as his annual salary. After retiring from football in 2016, Romo started working as a television broadcaster. In 2017, He signed a $4 Million salary contract with CBS. In 2020, The NFL player extended his contract with CBS and made $17 Million annually.

Candice and her husband live in a 32,000 sq feet Mansion located in Dallas valued at more than $10 Million. In 2016, Tony listed his California-style mansion—located at 1608 Dowling Drive in Irving, TX that consisted of six bedrooms, four full baths, and two half baths, on top of a three-car garage up for sale is $1.05 Million.