Manuel Guinard is a French tennis player who turned professional in 2016. On June 13, 2022, Guinard achieved a career-high ATP singles ranking of World No. 140. Manuel is yet to win his major titles in the Grand Slam and ITF.

Furthermore, Guinard qualified at 2022 Lyon, then beat WC Gaston and LL Mmoh to reach the 1st ATP Tour QF. Guinard did not drop a set en route to the 1st Challenger title of his career at 2022 Roseto Degli Abruzzi-2. Besides, Guinard owns a 9-2 record in the ITF finals. He did not compete on ITF Junior Circuit and earned 1st ranking point when he was just 19 years old in September 2015.

Manuel Guinard Net Worth and Career Earnings In Detail

The professional tennis player has earned a decent amount of money. At the time of this post, he has total career earnings of $431,921. Considering his prize money, it can be said that, Guinard has an estimated net worth of around $200,000. Playing in some ATP and Grand Slam tournaments, Guinard has racked up a considerable profit. In 2022, Guinard earned €178,000. Likewise, his prize money is gradually increasing, and we can say that his bank balance will skyrocket in the future.

Furthermore, Guinard not only makes money from his tennis career but also from sponsorship and endorsement deals.

Guinard Is Endorsed By Lotto Sport: More On His Sponsors

Being a professional tennis player, Guinard has worked with some brands. We can see him promoting multiple sports brands on social media. Guinard's rackets are from Tecnifibre. His shorts are from Lacoste while he wears shirts from Lotto Sport. 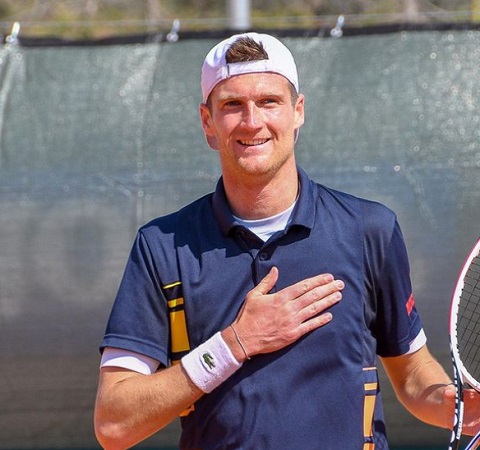 Camilo Ugo Carabelli is another tennis player who has worked with Lotto Sport. Moreover, Guinard has also collaborated with Tourna Tennis and Groupe Lamotte Immobilier.

Guinard began playing tennis at the young age of four. He passed the tennis coach exam in France at age 19. His professional career kicked off when he turned 20. His Grand Slam main draw debut came at the 2019 French Open.

Guinard reached the second round for his first Grand Slam win in doubles at the 2020 French Open. He made his first Challenger final at the 2021 Open du Pays d'Aix. During that time, he played against Carlos Taberner and lost the game. In March 2022, Guinard won his maiden singles 2022 Challenger di Roseto Degli Abruzzi II title as an Alternate. 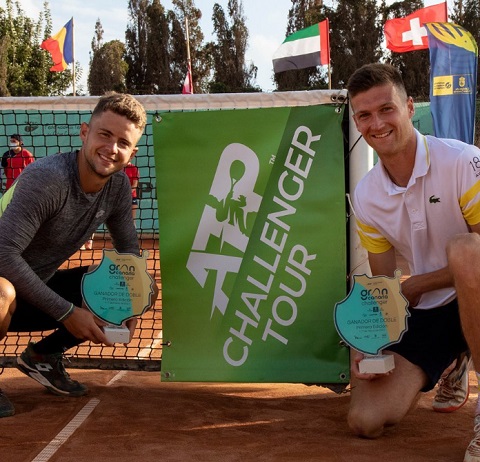 In April of the same year, Guinard made his ATP debut at the 2022 Barcelona Open Banc Sabadell, losing against Hugo Dellien. The following month, he received wildcards into the main draw of the 2022 French Open. Likewise, Guinard qualified for the 2022 ATP Lyon Open main draw. He defeated Hugo Gaston in the first round for his first tour-level win. In the next round, he defeated Michael Mmoh to reach the quarterfinals for the first time in his career. Since then, Guinard has been making regular posts with his lover. Together, the lovebirds have also visited many places. In 2018, they visited Lisbon, Portugal, and Guinard also shared some moments with their followers.

Manuel Guinard was born in Saint-Malo, France, on November 15, 1995. The professional tennis player was raised by his supportive parents, Jean (father) and Josephine Charlotte (mother). Furthermore, Guinard appears to be the single child of his parents.

There are no reports of Guinard's siblings. Moreover, he is a family man who loves spending time with them during his spare time.