Cameron Norrie is a rising British professional tennis player. He has been playing in the professional league since 2017 and started his amateur career in High School. Cameron has three Challenger singles titles and three Futures singles titles. Norrie ranks at No. 34 in the Single world tennis ranking.

Cameron Norrie was born Cameron"Cam" Norrie on August 23, 1995, in Johannesburg, South Africa. He is among the two children born to David Norrie and his wife, Helen Norrie. He is born to a Scottish father and a Welsh mother who were both microbiologists. After graduating from High School, Norrie enrolled at Texas Christian University. And graduated with a degree in sociology. Cameron stands six feet and two inches tall and weighs 82 kg.

Cameron Norrie has an estimated net worth of more than $2 Million. A tennis player does not need to win the event to win the prize money; they are paid based on the round they reach during the event. Also, Norrie must be earning a handsome amount through his sponsorship deal with K-Swiss, Babolat, and a few more. Cameron has played in more than forty games in the ongoing season and made $649,906 as his prize money. 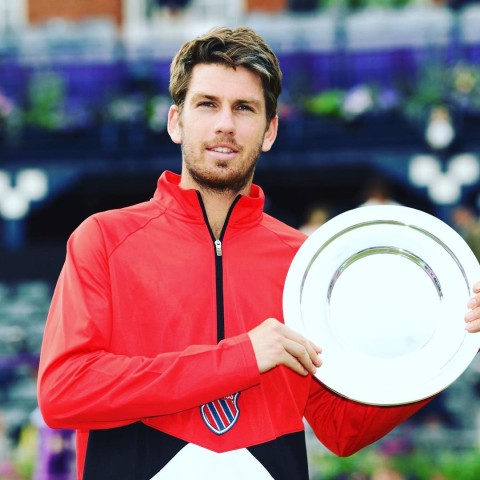 Last season, Cameron took home $538,590 from twenty-two games. In his rookie year, Norrie played just six games and made $225,310 as his prize money. The following season, He improved his games and earned $512,056. In the 2019 season, The English player made $868,846, which is his highest earning in a single season. Totaling his career earning, it sums to $2,831,628. Cameron is very much early in his career and shall be making millions in the future.

Cameron is very much open about his relationship status. He is dating his longtime girlfriend, Louise Jacobi. The love birds have been together for almost two years. Nothing much about their first meeting instance is shared in public. Louise is an interior designer and keeps sharing her works. 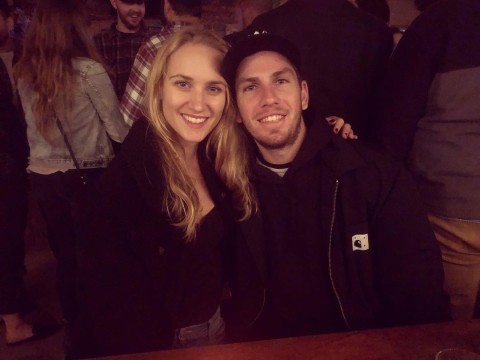 Cameron, along with his girlfriend Louise, attending an event SOURCE: [email protected]

Although This may be the first love life of Louise, Cameron was involved in a romantic relationship with his former girlfriend, Tayla Christensen. They dated each other for more than two years before parting away in 2018,

Cameron started playing tennis in High School. He was played tennis for his University's team. Norrie represented New Zealand as a junior, becoming No. 10 in the world. He made his professional debut at the ATP Auckland Open. Norrie could not succeed in his initial days, won the  USA Futures F29 at Mansfield, Texas, and became ranked 706 in October 2015.

In 2016, Cameron won back-to-back titles at the USA Futures F21and USA Futures F23. The following season, The English player got a wildcard for Wimbledon and won his first Challenger title at Binghamton. At the end of the season, He teamed up with Kyle Edmund and won the Estoril Open. In 2020, Norrie reached the third rounds in three Grand Slam. In the 2021 French Open, He lost in the third round to Rafael Nadal. Cameron reached a new career-high ranking in singles of No.34.