Cam Mack is a rising American college basketball player. He is currently playing in the Southwestern Atheltic Conference for Prairie View A&M University. Mack spent his freshman year in the Big Ten Conference for the University of Nebraska. Cam was named into the Honorable-mention All-Big Ten.

Cam Mack was born on May 21, 1998, in Austin, Texas. He is among the two children born to Erika Jasper and her husband. Cam has a brother, Christian. He has not shared a word about his parents to the media. Mack graduated from Christian Life Preparatory High School and enrolled at the University of Nebraska. Talking about his physical appearance, Cam stands six feet and two inches tall and weighs 70 kg.

Cam started playing basketball from middle school. He was part of the High School Mens basketball team. The player represented Aggieland Homeschool for his first three years of High school. He led the Panthers to a 46-13 record as a junior by averaging 19.4 points, 6.7 rebounds, 4.3 assists, and 2.3 steals per game. In his senior year, Cam transferred to Christian Life Preparatory High School. 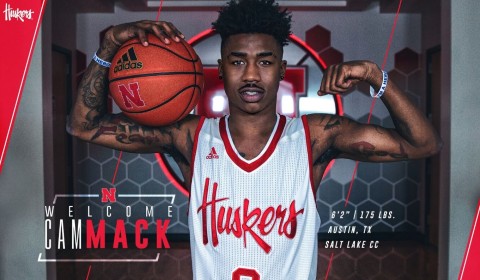 Mack was part of the Texas Christian Athletic League Class 4A state championship-winning team and averaged  24.5 points, 2.5 rebounds, 1.5 steals, and 1.2 assists per game. After graduating from High School, Cam received numerous offers but committed to playing for Nebraska. He spent the 2018/19 season at the Salt Lake Community College, where he helped the Bruins to a 20-9 record and a berth in the Region 18 semifinals.

For his sophomore year, Cam transferred to the Huskers. In his first seasons, Mack played in twenty-eight games and averaged 12.0 points per game while pacing the Huskers in assists (6.4 APG) and assist-to-turnover ratio (2.4-to-1). The media voted him in the honorable-mention All-Big Ten honors. After having a wonderful season with the Huskies, Mack moved to play for Prairie View A&M University.

Mack has played in more than a dozen games and is averaging 11.7 points per game in the ongoing season of 2021. He is ranked among the top prospect for the next year's NBA Draft.

Cam is an active social media user. Following his social media timeline we can be sure that, Mack is single as of 2021. His timeline is filled with photos of his vacations, friends, and family. Cam seems to be very much focused in making a bright future ahead.

Cam is yet to start his professional career. He will be making millions from his career in the future. Although Mack has been playing basketball for his universities, they are not paid directly. rather Universities provide them with scholarship to help them cover most of their expenses. NCAA has banned the universities to pay their athletes to represent them in the leagues.