Calvin Kattar is an American professional mixed martial artist and currently competing in the Featherweight division for the Ultimate Fighting Championships(UFC). Calvin has joined the professional fights since 2007, and as of 2021, he is #5 in the UFC Featherweight rankings. Calvin Kattar has been awarded the Fight of the Night awards three times against Shane Burgos, Zabit Magomedsharipov, and Max Holloway.

Calvin was born on the 26th March 1988 in Methuen, Massachusetts, the United States, where he grew up with his father, James Kattar and mother, Sandra Kattar. The 5th UFC featherweight ranking holder Calvin spent his childhood with his two brothers, Keegan and Jamison, and a sister Kylee.

Three times Fight of the Night Champion Calvin spent his childhoods in Methuen, where he attended the Methuen High School as a standout wrestler in the ninth grade. Calvin clutched the fifth at the Divison I MIAA state championships during his school years. 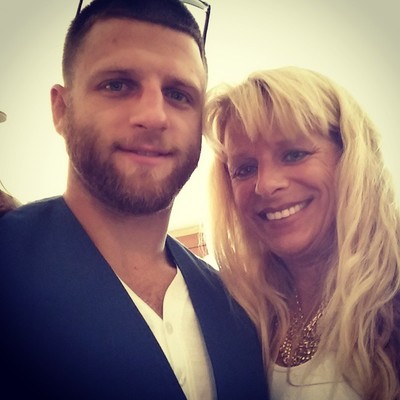 The 5th UFC, featherweight ranking holder, joined the Middlesex Community College and determined his martial arts career. Calvin finally made his UFC debut in 2017 against Andre Fili where won the match, and he won the Fight of the Night award by defeating Shane Burgos at the UFC 220.

Calvin lost to Max Holloway by unanimous decision in the UFC Featherweight, leading both to earn the Fight of the Night award. The Boston Finisher Calvin has a successful career to date.

Net Worth and Salary from UFC

Calvin's net worth is approximately $1.75 million as of 2019. The significant source of income of the three times Fight of the Night award holders is his professional UFC career. Further, he reportedly earned $729,600 from his MMA career. There is no fixed salary in MMA. The fighter earns the per fight. 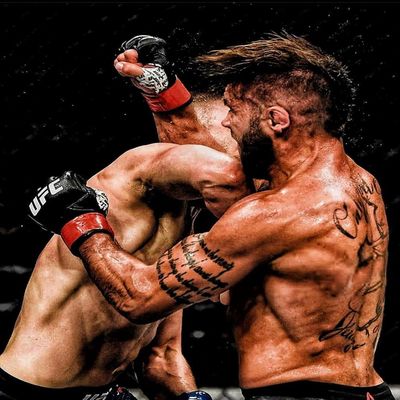 Calvin Kattar during his match in UFC. SOURCE: [email protected]

Apart, he is sponsored by Reebok, Habrok for his MMA gears, and Natural Effex for his protein drinks. Calvin lives a luxurious lifestyle and is happy with his family, and there is more to come for him.

Calvin, who has been in the fighting world for a long has participated in many events, earning a significant amount of prize money.

Calvin has zipped his mouth when it's come to his love life. There is no information about his past and present affairs/girlfriend. Hence, the welterweight fighter is possibly single and is fully dedicated to his career.

Calvin is active on social media and posts a lot about his professional life and private life. His Instagram goes by calvinkattar, followed by 157K followers.