Caleb Houstan is a Canadian college-level basketball player who plays for Michigan Wolverines. He plays as a Shooting Guard in the team wearing #22. Caleb is one of the highest-ranked players of the class of 2021. He is a silver medal winner with the U-16 Canadian Basketball Team in FIBA U-16 Americas Championship.

Caleb was born on January 9, 2003, in Mississauga, Ontario, Canada to a Canadian couple. His father is David Houston who himself is a great basketball fan. 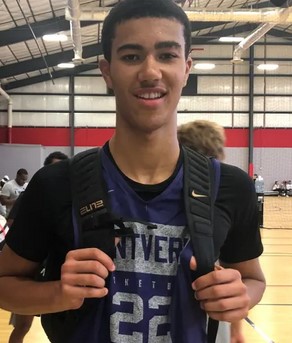 He was taller than most of his classmates. He always has an incredible love for basketball. He is 6 feet 8 inches now perfect for a shooting guard.

His family shifted to Florida for his basketball training. Caleb joined Montverde Academy as a high school student where he could play basketball. He graduated some time before his actual graduation to forgo his senior year. The Montverde star led the Eagles team to a perfect 25-nil record as a sophomore.

Montverde was declared the prep national champions although the season was cut off. 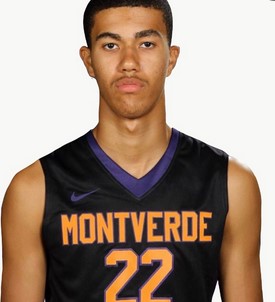 One of the highlights of his career until now is the exposure of Caleb to an insanely talented senior roster. It has a bunch of great talented senior players Scotty Barnes, Cade Cunnigham, and Moses Mondy.

Caleb is an incredibly talented basketball player that led the Eagles to great success. His magnificent game attracted the eyes of many teams including Alabama, Duke, Virginia, and Michigan. 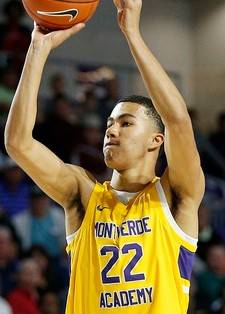 However, Caleb chose Michigan for college basketball and committed to this on October 30, 2020. He has been playing in the Michigan Wolverines since then. He shows amazing performances day by day.

Caleb is a 6 ft. 8-inch tall handsome guy. He has that charm and charisma to make any girls his admirers. There are many rumors about Caleb Houstan's love life. Let's see what is the reality behind the rumors.

Caleb is just 18 years old. He has been playing basketball since childhood. So, He is fully focused on basketball more than anything in the world. 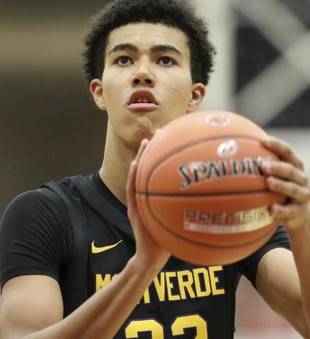 Currently, Houstan has no girlfriends. He believes he is too young to be in a relationship. He is fully focused on making his game better and world-class.

The handsome guy from Michigan may date in the future. Who knows? He surely will be a great boyfriend and partner for his girlfriend.

Caleb is a college-level basketball player playing for Michigan. A normal player for Michigan gets around $40,000 per year.

The #22 small forward earns the base salary of $40,000 plus bonus earnings from the sponsors. He is currently associated with Slam Kicks- a basketball sneakers brand. They pay a good amount to Caleb. The star of Michigan is also thinking about starting his own youtube channel vlogging his daily life.

The net worth of Caleb Houstan is estimated to be around $0.2 million- $0.5 million.

Caleb was named to the McDonald's All American Games 2021. The Michigan Shooting Guard was the #1 rated player in the State of Florida. 247 Sports ranked him as the #12 overall prospect in the United States. The Montverde Great bagged the silver medal in the 2019 FIBA U-16 Americas Championships after losing to Jabari Smith's US Team.

Here is a highlight of Caleb Houstan's Sophomore Season when he was ranked 4th.

He has 5 stars recruiting rankings from ESPN and 247 Sports with 96 ESPN Grade. He was inducted into the Spalding All-American first team (2021)  and Sports Illustrated All-American third team (2021).