Arike Ogunbowale is a famous American woman basketball player who is currently playing for the Dallas Wings of the Women’s National Basketball Association(WNBA) as a guard. Additionally, she was Notre Dame's most outstanding player in the 2018 domestic title run, hitting game-winning basket in both semi-final and championship game.

There isn't any news regarding her probable boyfriend or husband in recent time. To know more about Arike's Bio, including, net worth, salary, personal life, and professional career, stick with us till the end.

However, she might be in secret relationship with her probable boyfriend. Well, we are always keeping an eye on her and will come up will all the information as soon as the news hit the market.

Apart from the relationship and affairs, she has a perfect relationship with her parents as she is regularly spotted spending quality time together. Additionally, she seems to be a great fan of Kobe Bryant as she has posted a lot of pictures in her social account together with Kobe.

So with the above reference, we can conclude Arike will certainly earn a salary around the above estimation. However, we are waiting for the concrete source to claim her actual salary and undoubtedly, will come up will all the information once it is released in the media.

Arike was born on March 2, 1997, in Milwaukee, Wisconsin to Gregory Ogunbowale and Yolanda Ogunbowale. As per her racial background, she holds an American Nationality and belongs to the African ethnic group.

Talking about her education, she attended Divine Savior Holy Angels High School and represented the basketball team of the school. Ogunbowale was named Wisconsin Miss Basketball in 2015 and was an All-America selection from McDonald's High School.

Arike currently plays for the Dallas Wings of the Women’s National Basketball Association(WNBA). Before, she has represented Notre Dame University, playing for their basketball team. 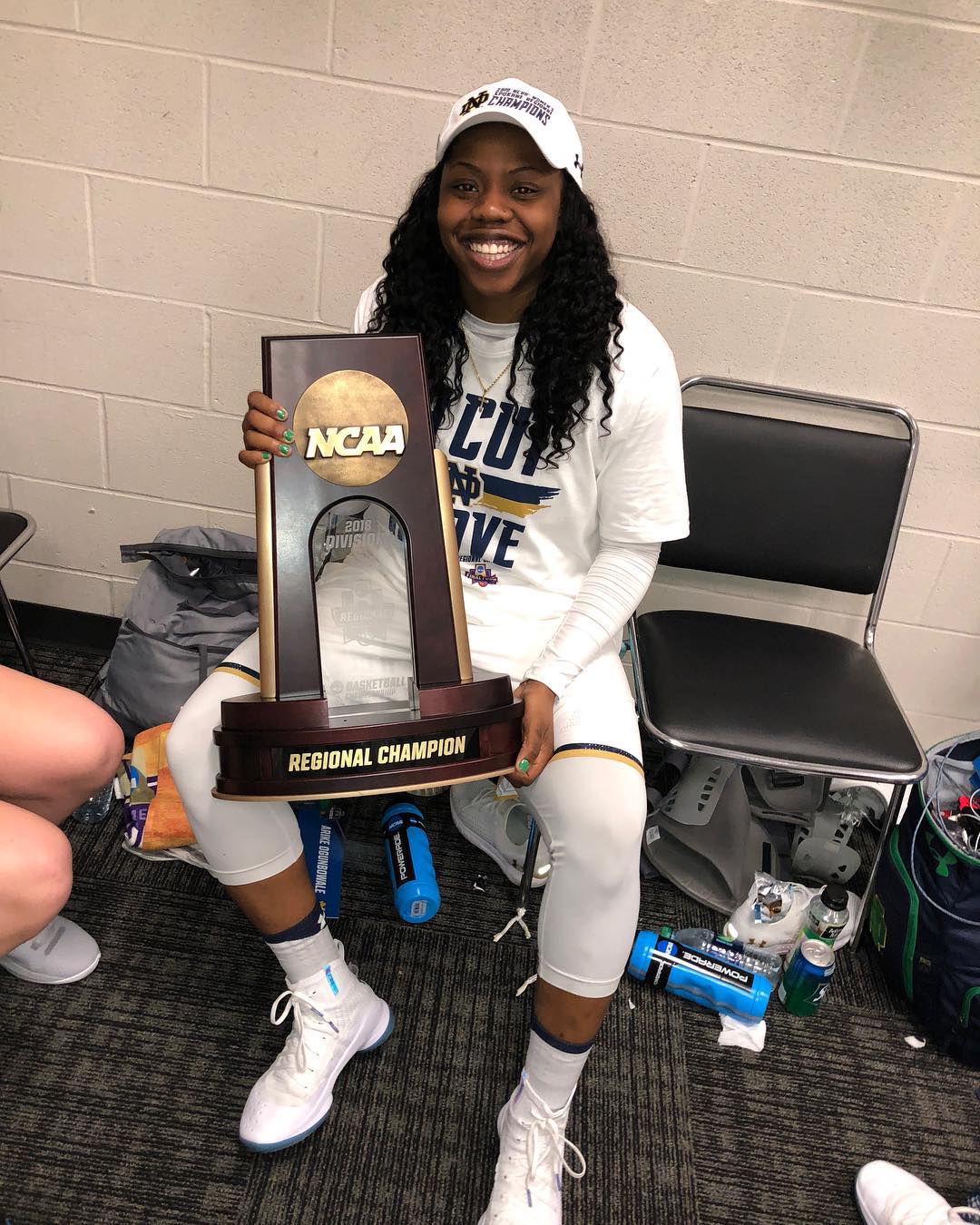 Additionally, she was Notre Dame's most outstanding player in the 2018 domestic title run, hitting game-winning basket in both semi-final and championship game.

It was announced on April 2018 that Arike will be the part of season 26 of Dancing with the Stars. She was partnering with Gleb Savchenko, a professional dancer. Later, on May 7, 2018, she was eliminated, finishing in 7th position.