Bukayo Saka is an uprising English football player. He has already garnered fans due to his fantastic performance for the Premier League club Arsenal. In addition, he has also done his national duty, playing for the England national football team whenever required.

Hailing from the suburbs of Ealing, Greater London, Bukayo Saka was born in 2001. He celebrates his birthday on September 5 every year. His birth name is Bukayo Ayoyinka T. M. Saka.

Not much is known about his parents, Adenike and Yomi Saka, except that they were immigrants from Nigeria. His father and mother moved to England for better employment before he was born. Bukayo has a great bond with his parents and has always mentioned that his father is an inspiration.

How Much Is His Salary and Net Worth?

Bukayo has managed to become one of the vital players for Arsenal. Considering that, it can be assumed that he must be well-paid by the team. Per transfermarkt.com, it is known that the current market value of Bukayo is €90 million. 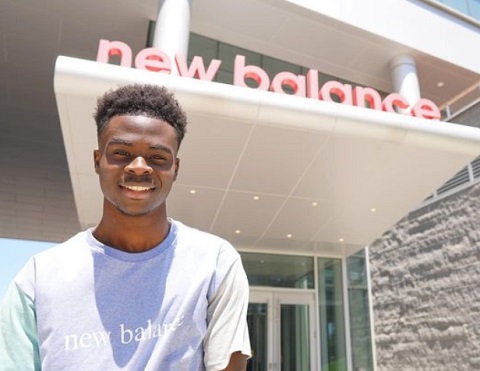 Moreover, he also endorses different brands, and his major sponsor is New Balance, which has increased his net worth. As per sources, it is known that the rising footballer's net worth is around $2 million. Besides, Saka earns £33,000 weekly and £1,716,000 yearly.

The professional footballer Saka has not given much information regarding his personal life. He is very private, so we cannot mention much info. But some online sources say that Saka is in a relationship with Tolami Benson.

However, Saka has not talked much about his relationship with Benson. Also, he has not made a single post regarding his love life. Moreover, we can follow him on Instagram as @bukayosaka87 to explore his professional life.

A Look at His Professional Career Details

Bukayo had been into football since childhood, so much so that he was already enrolled at Arsenal's Hale End academy at 7. After years of training, Arsenal provided him with a professional contract when he became 17-year-old. He was also promoted to the club's under-23 team. 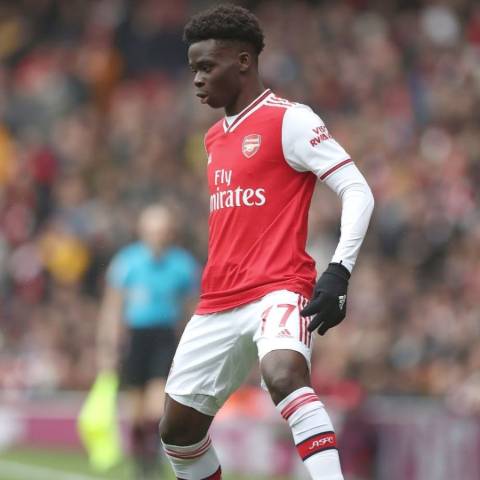 In 2017, he was called to play for the England national U16 team. He played two games and scored one goal. Likewise, in 2017–2018, he played nine games for the England national U17 team. In November 2018, the rising talent made his senior competitive debut for Arsenal in the Europa League. On January 1, 2019, he made his Premier League debut against Fulham when he came in for Alex Iwobi in the 83rd minute of the match.

On September 19, 2019, he registered his first senior goal against Eintracht Frankfurt. His excellent performance continued as he assisted and scored goals for his team. Later, an all-around team performance by Arsenal led the team to win the 2019-2020 FA Cup.

His contribution was not limited to Arsenal only, as he also contributed to the England national under-18, under-19, and under-21 teams. In July 2020, he signed a long-term contract with the Arsenal club. His amazing performance led him to be named the Player of the Month in December 2020, January 2021, and February 2021. 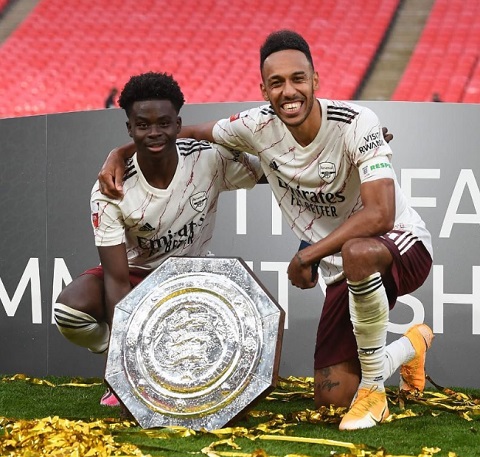 On March 6, 2021, Bukayo made his 50th Premier League appearance playing for Arsenal against Burnley, making him the second-youngest Arsenal player. His good gameplay increased over time. For his excellent performance in April 2021, he was even named the Europa League Player of the Week.

Currently, he continues to be a vital rising star for Arsenal. He is also a national player who plays for the national football team of England.