Brock Porter is a professional American baseball player for the Texas Rangers. He is a native of Michigan who has been professionally playing baseball after getting signed by Texas in July 2022.

Furthermore, Porter is one of the most prominent players on his team. He is skilled at both right-handed and left-handed hitters. Moreover, paired with potential pitches, Porter's solid curveball makes him a high-level pitching competitor.

Brock Porter's Net Worth: Details On His MLB Contract

Currently, Porter is playing for the Texas Rangers. He signed a professional deal with the team on July 27, 2022. While signing the agreement, Porter received a $3.7 million signing bonus. With that, it can be said that the professional baseball pitcher may be receiving a fair salary. 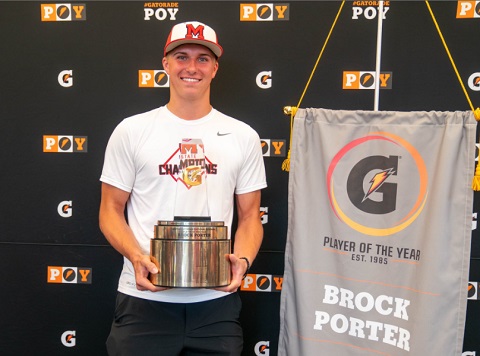 However, there is not much information regarding his wages as the team has not given much info yet. But an MLB player can earn $4.38 million in the United States. So, it can be said that Porter is also taking home in the same range.

Moreover, his net worth may be around $800,000. His actual net worth remains under review.

Who is The Girl That He Shared A Picture With?

Porter is not married and engaged but possibly dating his beautiful girlfriend, whose name is not shared. The professional baseball pitcher has not talked openly about his love life. It may be due to his privacy concern. Due to this, we can't confirm whether he has a girlfriend or not.

However, we can find an account on Instagram under his name. From that account, Porter posts images with a lady who appears to be his lover. 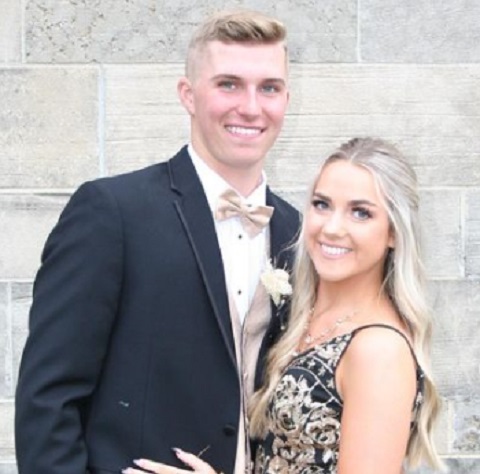 But till now, the verified sources have yet to share the fact about his love life. We will update you more about Porter's partner in the coming years.

Details On His Early Life and Parents

Brock Matthew Porter was born on June 3, 2003, to his parents, Todd Porter (father) and Betty Brock Porteris (mother). Besides, Porter was raised with two siblings, one sister and a brother. However, their names are missing from the web as a professional baseball pitcher has not shared much info about his family members.

Regarding his physical appearance, Porter stands at an incredible height of 6 feet 4 inches.

Everything On Porter's Career

The Milford native Porter went to St. Mary's Preparatory in Orchard Lake Village, Michigan. As a freshman, Porter pitched to a 9-2 with a 1.20 ERA and 85 strikeouts. After that, Porter committed to play college baseball at Clemson University. Also, Porter received the title of the Gatorade Player of the Year for the state of Michigan. Likewise, Porter completed his senior year with 9-0, a 0.29 ERA, 109 strikeouts, and 23 walks. And on July 27, 2022, Porter signed a professional deal with the Rangers, and since then, he has been pitching for the team. Adolis Garcia and Joey Gallo also played for Texas Rangers.