Michael Kopech is a professional baseball player from the United States. Currently, he plays for Chicago White Sox as a pitcher. Besides, this he has played for the Boston Red Sox. Likewise, he is popular as the best pitcher who has been able to set the pitching record of 110 mph.

Kopech is currently single. Previously, he had an affair with Brielle Biermann, a daughter of American television personality, Kim Zolciak-Biermann.

How Much Is Michael Kopech Net Worth In 2019? Know His Salary and Contract

As of 2019, Michael Kopech has an estimated net worth of $1 million. Not to mention, the major source of his income is his MLB career. Till date, the hunk has made $2,175,130, playing two seasons in the MLB. 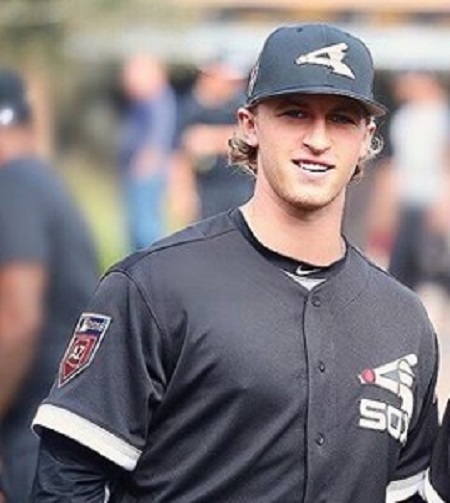 He earns additional money from his endorsement deal with Adidas. He also promotes the shoes on his Social media. He is one of the rising stars so we hope that he will earn a decent amount of money in the upcoming days.

There are wedding bells on the horizon for MLB star, Michael Kopech. After dating for long, he is engaged to the Riverdale star Vanessa Morgan. 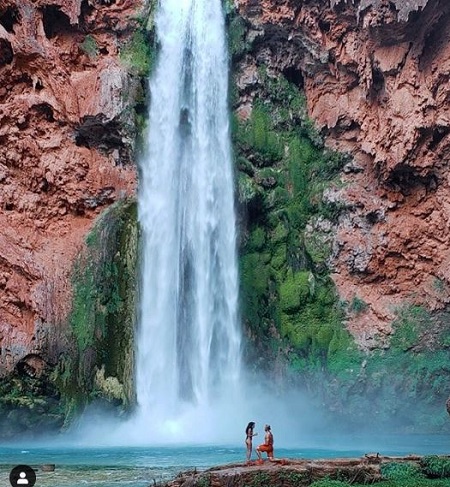 The duo shared the exciting news via their Instagram account on 4th July 2019. Kopech shared a stunning Instagram video with her now-fiance kneeling in front of the gorgeous Mooney Falls near the Grand Canyon in Arizona, writing a lengthy caption about how much he loves his bride-to-be.

Who is Vanessa Morgan?

Vanessa Morgan, 27, is a Canadian actress. She is known for roles in Finding Carter, The Latest Buzz, and My Babysitter's a Vampire. Presently, the 1.6 m tall actress plays Toni Topaz in The CW teen drama series Riverdale. 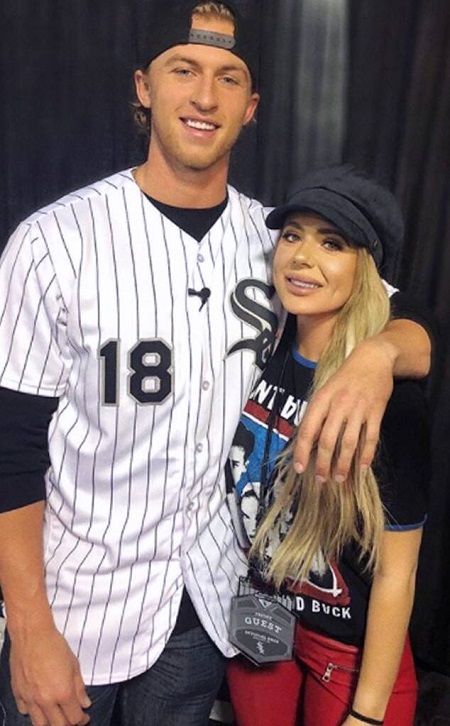 Michael Talbert Kopech was born as the son of Michael P. Kopech and Tabbetha Kopech, on April 30, 1996, in Mount Pleasent, Texas, the United States.  He was brought up by his parents together with his sister Kyasi Kopech. He is an American by his nationality and belongs to white ethnicity. Further, his zodiac sign is Taurus.

Michael was interested in playing baseball from an early age.  He began his professional playing career after he was picked in the 2014 MLB Draft out of Mount Pleasant High School.  Before that, he studied at the University of Arizona.

He first played Rookie Level Gulf Coast League Red Sox where he posted a 0-1 record and a 4.61 ERA. Following his baseball passion, he played several matches and also became one of the fastest pitchers in baseball history.

Later in October 2016, he was traded to Chicago White Sox alongside Victor Diaz, Yoan Moncada, and Luis Alexander Basabe. Within a year, he became the starter for the North Division in the Southern League All-Star game. He went 4-3 with a 2.93 ERA over 58 1/3 innings.

His famous teammates include Manny Banuelos and Yolmer Sanchez and Daniel Palka.