Brittni Donaldson is the youngest assistant coach of Toronto Raptors who officially took the position in July 2019. Brittni is an amazing analyst who previously worked for the STATS LLC where she worked under Masai Ujiri, General Manager. She attended North High School in Sioux City and for her collegiate career at the University of Nothern Iowa where she majored in Statistics and Actuarial Science.

Born on 7th April 1993 at Sioux City, Iowa under the star sign Aries. Her father is Jeff Donaldson who encouraged her to play from an early age of two. Brittni is a Hard-working individual who has reached Great height through her potential.

A Knee injury kept Donaldson from pursuing her dream of competing in the WNBA, so she decides to put her actuarial degree to us and started to look for any sports-related jobs.

Donaldson's Career Earning and Net Worth

Young and Multitalanted Brittni started her career at a very young age. Obviously she deserves to be where she is right now. The amount of effort she puts into her career is immense.

Brittni Donaldson is still very young and has not earned much fortune to date. Donaldson has a Net worth of $500,000 from her career earnings. She has worked for the CBE Group as a Business Operation Analyst where the base pay ranges from $46,000-50,000. she worked for 10 months in CBE Groups.

The Average Salary for the Data Analyst in the Greater Chicago area is $52,400. She worked for 22 months in STATS LLC earning herself some decent amount.

Since she has experience in data analyst she might have earned around $55,408 working as a data analyst for the Toronto Raptors. She has been promoted as the assistant coach for the same team and now her income has also risen.

The 26-years-old might be earning over $100,000 from her position as the assistant coach in the Toronto Raptors. This was possible due to her continued dedication to her work and her work ethics.

Lucky for the people who love her, because the 26-year-old is still single. There isn't any rumor about her love life. being determined as she is, she might be too focused on her career rather than her love life.

The assistant coach is seen posting pictures and videos of the court and her team member rather than her personal life and relationship which concludes that she is dedicated to her work.

Jeff Donaldson played for a power-team in his youth. He spent time at Briar Cliff College and later inducted in the Iowa High School Athletic Association Basketball Hall of Fame. Brittni learned to love the sports of basketball from her father particularly the NBA. 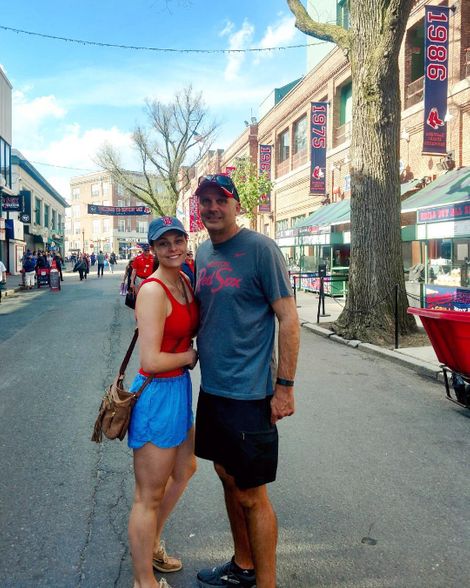 Jeff played on powerhouse basketball teams in the early 1980s at Sioux City North-the same high school she helped lead to a class 4A state championship. Her father is a huge fan of the Boston Celtics, Kara lawson is the assistant coach for the Boston Celtics.

She often posts pictures of her mother and grandmother in her Instagram post. They have an incredible bond with each other. However, there is sadly no information about them.

She is the youngest among the female coach to date. She started her coaching career in July 2019. She was a part of the team before she was hired as a assistant coach. 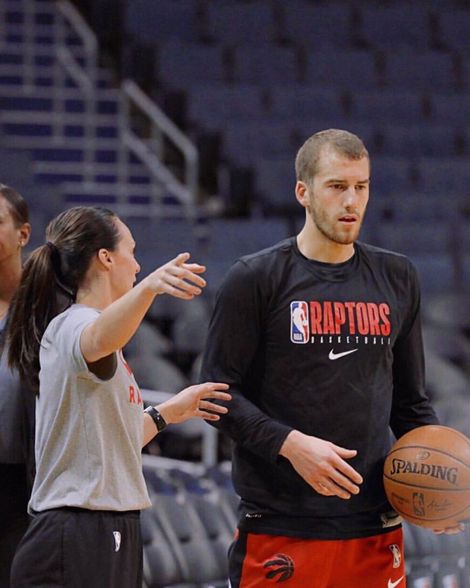 she had already established her presence on the team as a data analyst according to Global News. She knows the team inside and out. Being familiar with the team has made her connect with the team very well.

She is the 10th female coach in NBA history and the 5th female to be hired this summer, 2019. Currently, there are 13 assistant coaches in the NBA. Lisa Boyer and Becky Hammon were one of the early females to have become assistant coaches.