Kara Lawson is a former American Professional Player for the Women National  Basketball Association and a basketball television analyst for ESPN like Rebecca Lobo and the Washington Wizards. She attended the Sidwell Friends School fro freshmen year and went to West Springfield High School. For her collegiate year, she attended the University of Tennessee. She retired from WNBA to focus on her broadcasting career. Presently, Working as the assistant coach for the Boston Celtics of the NBA.

Kara Lawson, Born on 14 February 1981 under the star sign Aquarius. The American Native who has an incredible height of 5 ft 9 in is the daughter of late William Lawson and Kathleen Lawson. She also has a sister, Susan lawson. She grew up in Alexandria, Virginia, United State and belongs to African-American ethnicity.

The Net Worth of Kara Lawson amounts to $1.5 million. Being dedicated all her life to the sports field, she has been able to accumulate such net worth. Katie Feenstra-Mattera also has a similar net worth as Kara. 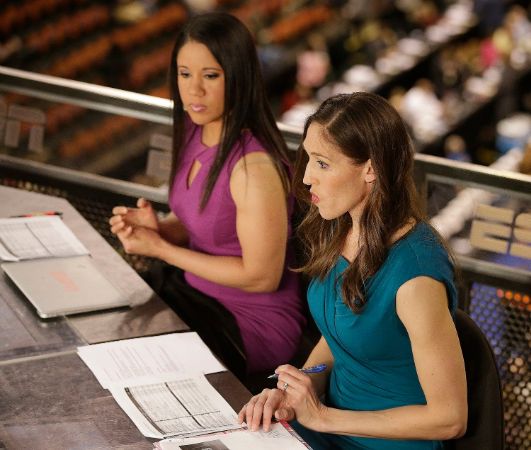 On the other hand, she also works as an analyst for the ESPN network. Particularly, the ESPN analyst is expected to earn $59,684 as a salary. Rebecca Lobo also worked with Kara Lawson in ESPN as a sports analyst.

Lawson became the primary television guide for the Washinton wizards replacing long-time analysts Phil Chenier as a full-time host. She is the first primary analyst for an NBA team joining Sarah Kustok of the Brooklyn Nets.

Kara has a long history in the WNBA. She started her professional career from 2003 and finally retired in 2015. She has also represented her country in the World University Games held in Beijing, China. Representing the USA women's Basketball Team at the 2008 Summer Olympics in Beijing, China.

During her Professional Career, she would have received thousands of dollars from her professional career. She was the 5th overall pick in Round 1 of 2003 Drafted by Detroit Shock. After being drafted, the former athlete would have signed a contract worth $150,000-$200,000 during her active year.

Kara Lawson's Husband; When did she Marry?

The 38-years-old is married to Damien Barling since2008. It's going to be 12 years in their marital life. There aren't any controversies in their married life and things seem to be going well in the married life. Damien met Lawson while he was working at the Sacramento soon after the monarchs' WNBA championship win. Barling was a radio broadcaster in the Sacramento area for KHTL, a commercial radio station. He interviewed lawson on his show following her officially being named as a color analyst. 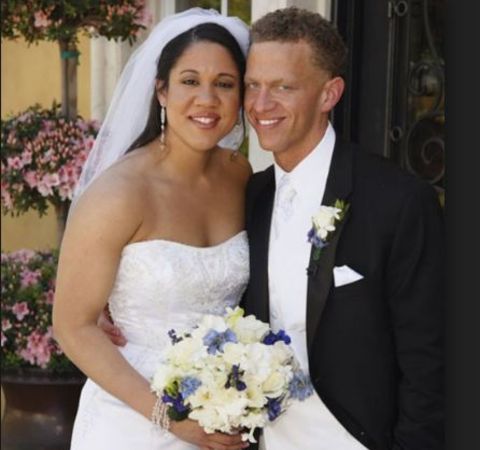 However, there isn't any report of any children from the couple. Whatever the reason may be, the couple seems to have been private about the matter. We do hope for a happy life for the couple.

The 5' 9'' belongs to an African-American Ethnicity. Kara was bron to late William Lawson and Kathleen Lawson. Her father passed away on August 2017. She wrote a long letter in memory of her father which she posted in her Twitter account.

The Former Basketball player also has a sister named Susan Lawson. Her sister's life is private, so there isn't much information available about her sister.