John Groce was born John Gordon Groce on September 7, 1971, in Muncie, Indiana. He is the only child born to Larry Groce and his wife, Barbara Steele. John holds an American nationality. After graduating from High School, Groce enrolled at Taylor University. Talking about his physical appearance, John stands five feet and ten inches tall and weighs over 80 kgs.

Know About John Groce's Net Worth, Salary, and Career Earnings 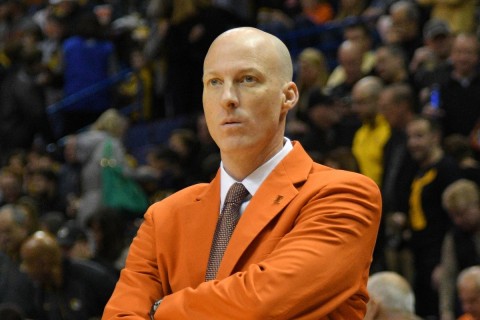 John as the head coach of Akron Zips SOURCE: The Champaign Room

John Groce's Married Life; Who is his Wife?

John is a married man. He is living a happy married life along with his and their children. Groce tied his wedding knot with his longtime girlfriend, Allison Groce, in the early 2000s. The love birds had a private wedding ceremony in front of their family members and some close friends. 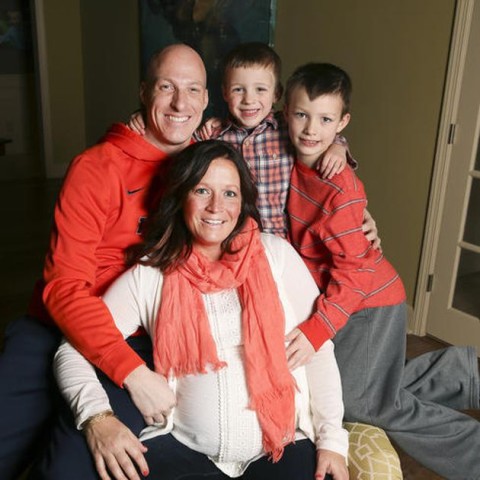 John with his wife and children SOURCE: Chicago Tribune

Soon after the wedding, the love birds welcomed two children, Conner and Camden. Their eldest son, Conner, was born in 2006, and their second son, Camden, was born in 2010. In early 2015, John and Allison opened about expecting their third child. In March 2015, The duo welcomed their first daughter, Cate Groce.

The family of five is living a happy life. It's been more than fifteen years of their marriage, and have not been any rumors of the couples having ups and downs in their married life.

John worked as an assistant coach with Xavier until 2004 and then worked with Ohio State for four-season. In early 2008, Ohio University hired him as their head coach. Under his leadership, His team won the 2010 MAC Tournament. In 2012, the Univesity of Illinois hired John as their head coach.

In his first year, The team won the 2012 Maui Invitational. He did not have good records in his last years with the team. He got fired by the University, and shortly, Akron Zips hired him as their head coach and has been with it since then. Geno Auriemma is another famous American basketball head coach currently working with the Connecticut Huskies Women's basketball team.