Brian Lashoff is an American professional ice hockey defenseman. As of 2019, he plays for the Grand Rapids Griffins of the American Hockey League (AHL) while under contract to the Detroit Red Wings of the National Hockey League (NHL).

A native of Albany, New York, U.S., Brian Lashoff was born on July 16, 1990. His star sign is Cancer. As per nationality, he is an American and belongs to the white ethnicity.

The twenty-eight years old reportedly earns $700,000 per annum as salary from his team. Further, he has an estimated net worth of $1 million in 2019.

Lashoff has earned his wealth widely through his football career. A professional since 2008, his net worth is over $1 million. 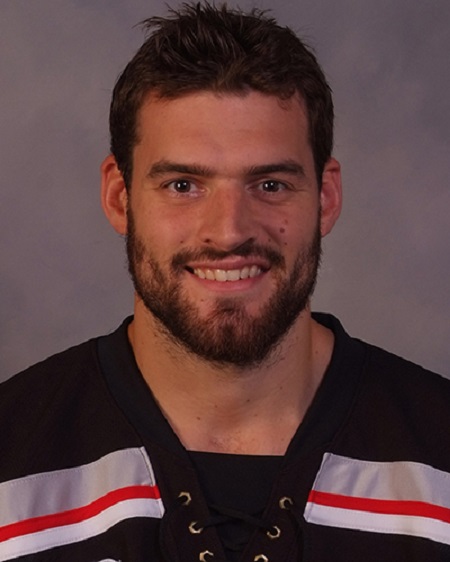 Furthermore, the NHL star has summoned $3,233,830 playing nine seasons in the NHL.

The twenty-nine years old is currently in a relationship with his girlfriend, Nicolina Clemente.

As reported in griffinshockey's article published on 3rd February 2018, Lashoff's girlfriend Nicolina Clemente started looking for work in the Grand Rapids area after receiving her Ph.D. in biochemistry from Rensselaer Polytechnic Institute in Troy, N.Y., on December 2017.

Lashoff is excited that his girlfriend is now closer to his side.

Besides, the couple remains inactive on social sites such as Facebook, Instagram, and Twitter. It seems that the player and his sweetheart enjoys their life behind the camera.

He has a brother named, Matt Lashoff, who is also a professional ice hockey defenseman, currently playing for the SCL Tigers in the National League A (NLA).

He enrolled at Columbia High School.

After being undrafted in NHL, he was signed to an entry-level contract with the Detroit Red Wings organization following their 2008 training camp, on October 1, 2008. On January 21, 2013, he made his NHL debut against the Columbus Blue Jackets and scored his first goal in the second period against Sergei Bobrovsky.

After being sent down from Detroit on May 11, 2013, he returned to the Grand Rapids Griffins to help them during their 2013 Calder Cup run. 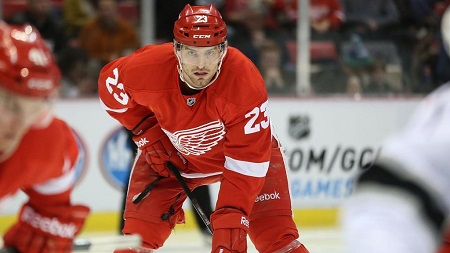 However, Red Wings placed him on waivers on January 30, 2015. Upon removing waivers, Lashoff was assigned to the Grand Rapids Griffins. Before being placed on waivers, Lashoff appeared in 11 games for the Red Wings during the 2014–15 season, where he recorded two assists.