Mark Steven Howe, a.k.a. Mark Howe is an American retired ice hockey left winger and later defenseman who played 16 seasons in the National Hockey League (NHL) following six seasons in the World Hockey Association (WHA). Currently, he serves as the director of pro scouting for the Detroit Red Wings.

Detroit, Michigan native, Mark Howe, was born on 28th May 1955, under the star sign Gemini. The sixty-four years holds an American nationality and belongs to the white ethnic background.

Upon his retirement, Howe remained in the Detroit organization working in the hockey operations department first as a video coach and then as a pro scout. Currently, he serves as Director of Pro Scouting being based just outside Philadelphia in Jackson, NJ, from which he primarily covers NHL and AHL teams located in the eastern United States.

According to the source, the Director of Scouting earns  $95,000 - $275,000 per annum as salary since Howe is in the field for a long-time his salary is expected to be no less than $0.5 million per annum.

Mark and his wife, Ginger, were married for 28 years, before their split. As reported, he met Ginger in Texas who at the time used to date by his business partner and was a friend of Marty's wife. They tied the knot in 1977. The couple shared three children, Travis, Azia, and Nolan. 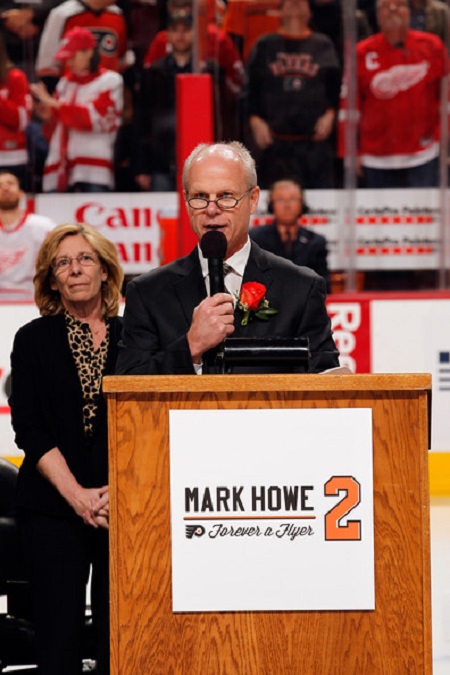 Besides, among his three children, the elder son, Travis, is known in the NHL field who works in the hockey development and coach as co-founder and head coach of the Selects Hockey player development program based in Bloomfield, Michigan.

Mark Howe is the son of hockey legend Gordie Howe, and mother Colleen, a sports agent who founded Power Play International and Power Play Publications to manage the business interests of her husband. On March 6, 2009, at the age of 76, Colleen died. 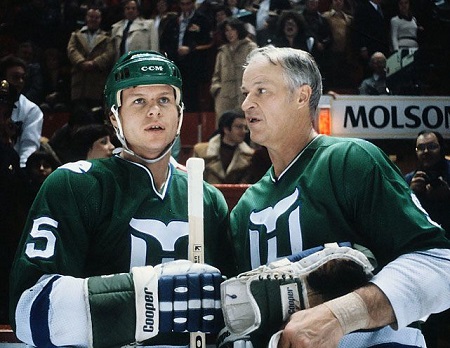 The Howes were a close-knit family unit who instilled the same humility, honesty, and tireless work ethic in their children. Gordie never behaved like a celebrity, nor did his children realize the magnitude of his accomplishments on the ice until they were older. Mark has two brothers Marty and Murray and one sister, Cathy.