Kurt Benkert is an American professional football player who plays in the National Football League (NFL). As of 2018, Kurt Benkert currently plays for the Atlanta Falcons as their quarterback. Kurt Benkert played college football at the University of Virginia and East Carolina University.

As a quarterback, Kurt Benkert reportedly earns $60,000 as his yearly salary from Atlanta Falcons. Further, Kurt Benkert has an estimated net worth of over $200,000.

Kurt Benkert was born on July 17, 1995, in Baltimore, Maryland to father, Bruce Benkert. As per his nationality, he is American and belongs to White ethnic group. Further, his star sign is Cancer.

Kurt Benkert had a successful career in college football and played for East Carolina. Later, he was transferred to the University of Virginia and played for the university team as a starting quarterback. He completed 228 of 406 passes for 2,552 yards, 21 touchdowns, and 11 interceptions.

In his senior season, he further broke the school record. 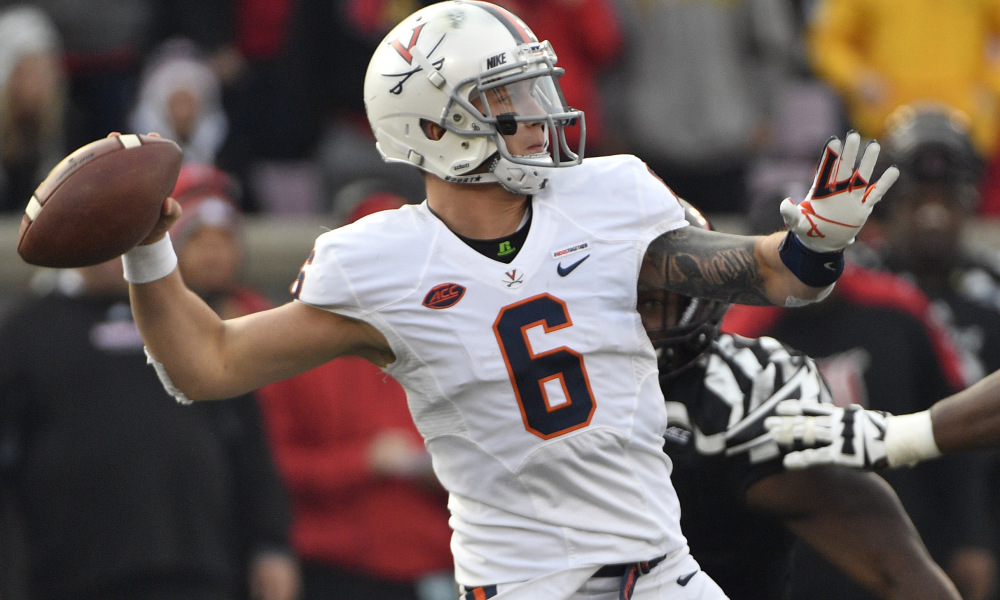 Since Benkert went undrafted in the NFL 2018 Draft, he signed as a free agent with the Atlanta Falcons in May 2018 and played a preseason game against the New York Jets. However, after four months, he was waived by the Falcon. Next day, he was assigned to the Falcons' practice squad. Recently, in December 2018, he signed a reserve/future contract with the Falcons.

Kurt Benkert is married to his high school sweetheart, Samantha Morreal. The couple got married on July 2, 2016, in Fort Myers Beach. He keeps on posting photos of him together with Samantha on his Instagram pages which as well shows his immense love for her.

Merry Christmas from my family to yours!

Besides, Kurt Benkert is an animal lover who has raised four dogs of different breeds as his own family. He spends most of his free time with his wife. The duo also spends time with their dogs and take good care of them.

Kurt Benkert's Salary and Net Worth

As of 2018, Kurt Benkert has an estimated net worth of over $200,000. He reportedly signed a reserve/future contract with Atlanta Falcons in 2018. Further, the NFL player has an average salary of $60,000 annually.

Kurt Benkert so far has made earnings of $189,200 from his entire NFL career.

Other than being a famous NFL quarterback, Kurt Benkert is pretty famous in social media. He has 6k Instagram followers and 4.6k Twitter followers.

Kurt Benkert is not only a world-class athlete but also has a very attractive individual. The Famous NFL star is 6 feet 3 inches in height and weighs around 99 kg.