A native of Nottingham, England, Brennan Johnson is a professional football player who plays for Premier League club Nottingham Forest. Johnson plays as a forward, and in his current team, he wears jersey number 20 in his current squad.

Being one of the most famous footballers, Johnson has pocketed a massive amount of money. Currently, Johnson is assisted with Premier League club Nottingham Forest, and on July 1, 2022, he signed a new contract with the team, keeping him until 2026.

So, from his current team, Johnson may be taking home a decent salary. According to Daily Mail, Johnson is valued at £14 million, while Transfermrkt reports it to be €15.00m. No doubt, Johnson is taking home a fair salary, and his net worth may be pretty impressive. According to some online portals, Johnson's net value is not less than a million dollars, and some of them also say it is around $1.5 million.

Johnson Is Private About His Love Life

As we know, Johnson is a professional footballer who has gained an enormous fan base from his amazing playing skills. Despite his name and fame, the footballer likes to stay away from the limelight and keep his personal details far from the public domain.

So, we are unknown about his girlfriend or wife. Currently, Johnson is focused on his career, and it appears he is also enjoying a solitary life to the fullest. Till now, the footballer has not been engaged in any rumors or controversy regarding his love affair. 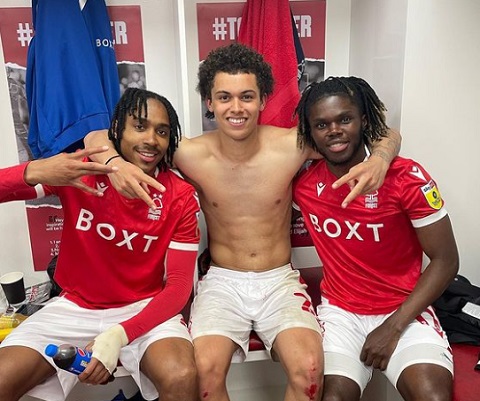 From this, it can be said that Johnson has led a single life for a long time. Not to mention, Johnson may give some updates about his girlfriend or partner in the future via his Instagram handle, where we can follow him as @brenjohnson_.

Brennan Johnson began his career after joining the Nottingham Forest academy from Dunkirk aged eight years. At just the age of 18, Johnson made his professional debut by playing against West Bromwich Albion, and the game was organized on August 3, 2019.

For the Nottingham Forest team, Johnson scored his first professional goal on August 28, 2021, in a match against Derby County. At the time of this post, Johnson has already made over 55 appearances for Nottingham Forest and also scored 18 goals.

For the 2020-2021 season, Johnson played with Lincoln City on a season-long loan. So, with them, Johnson appeared in 40 games and scored ten goals. Talking about his international career, Johnson can play for England, Jamaica, and Wales at the international level. 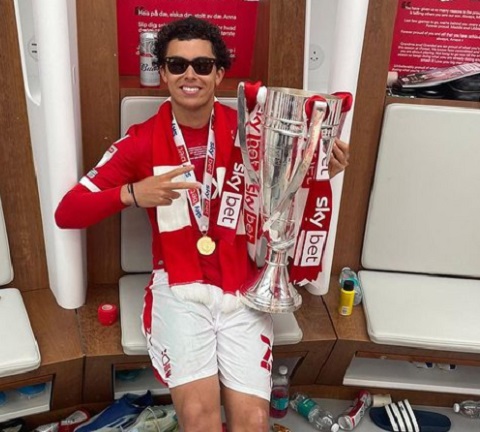 Johnson has played for the youth teams of England, and in 2018, he began representing Wales. On November 12, 2020, Johnson made his debut for the senior team by playing against the USA.

Who Is His Dad? Meet Johnson's Parents

Coming into his family life, Brennan Price Johnson was born to his parents, David Johnson (father) and Charlotte Johnson (mother). His dad, David, is a Jamaican former footballer who played for multiple teams, including Manchester United.

As for his educational background, he went to Rushcliffe School and West Bridgford School, located in West Bridgford, Nottingham.