Christopher Eric Wilfred Silverwood a.k.a Chris Silverwood is a professional international cricketer turned coach. Currently, he is the head coach of the England cricket team.

Pontefract, Yorkshire, England native Chris Silverwood was born on 5th March 1975, under the star sign Pisces. The forty-six years old holds an English nationality and is of white ethnic background. He stands 6 ft 1 in (1.85 m) stands.

How Much Is Chris Silverwood's Net Worth In 2022?

Chris Silverwood has summoned a decent fortune through his career. Not to mention, the significant source of his career is cricket: initially through his cricket career and now as a coach.

Chris Silverwood is the 3rd highest-paid cricket coach with $0.60 million per annum from the England and Wales Cricket Board.

As of 2022, Chris Silverwood's net worth is approximately $2 million.

England cricket team head coach is a married man. Chris Silverwood tied the knot with Victoria Silverwood a long time ago. The couple is blessed with three children.

However, the Silverwood family has always lived a low-key life, hence, there are no further details about each member.

In 1993, Chris made his debut for Yorkshire County Cricket Club, one of 18 first-class county clubs within the domestic cricket structure of England and Wales.

Chris spent 13 years playing for England. He was one of a battery of fast bowlers which the county produced in the late 1990s.

With Yorkshire, he won the County Championship in 2001 and the C&G the following year.
In 2005, he signed to Middlesex. He left Middlesex in 2006 and joined Mashonaland Eagles as a player coach. He debuted against Matabeleland Tuskers.

At the international level, Silverwood was named for the England tours of Zimbabwe and New Zealand in 1996–97. On 15th December 1996, he made his ODI debut against Zimbabwe.

In the 2002-03 Ashes series, he made a final Test game, concluding his international career with a total of six Tests and seven ODIs. 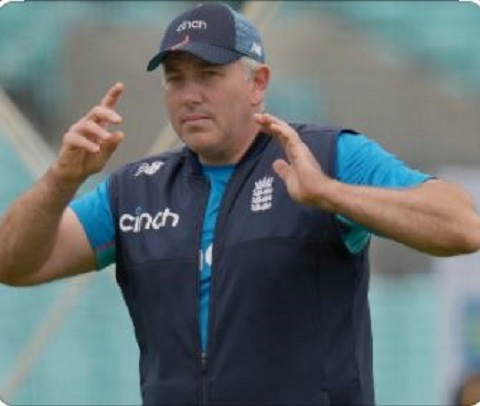