Breel Donald Embolo, popular as Breel Embolo, is a Swiss professional footballer who currently plays as a forward for Ligue 1 club Monaco and the Swiss national team. He started his professional career with club Basel in 2014.

Furthermore, Embolo wears jersey number 36 in his current club, and he can also take the role of Right Winger & Attacking Midfield. Apart from his professional life, Embolo is doing well in his personal life, and he and his girlfriend have already started their own family.

Breel Embolo has several fans who want to collect info about his affair, girlfriend, dating history, or married life. He is not a married man and currently having an affair with Naomi, who is a model and upcoming actress. They are often seen together in several places, including malls, restaurants, and theatres. He has also posted his pictures alongside Naomi on his Instagram account.

Also, Embolo and his girlfriend, Naomi, have already become parents. They are blessed with two kids named Nailya and Clay Enzo. The footballer often posts images on his Instagram handle with his partner and children. 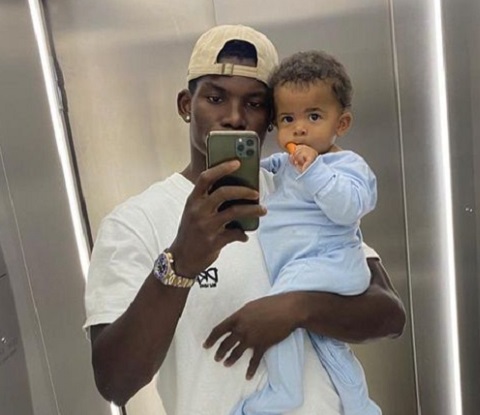 Apart from his on-the-field skills, he enjoys traveling with his friends. He is quite close to Max Meyer and Leon Goretzka, who are his teammates. He follows Christianity. Besides football, he is a huge fan of Tennis and follows Roger Federer.

In a short time, Breel Donald Embolo has established himself as one of the most successful footballers. He is just in his twenties now. He is 6 feet 2 inches tall and weighs around 88 Kg.

Breel Embolo has accumulated a great salary and income through his outstanding performance. According to Salary Sport, Embolo earns £61,000 weekly and £3,172,000 yearly while playing for Ligue 1 club Monaco.

He has a staggering net worth of $8 million. However, the actual amount of his net worth remains under review. Currently, Embolo is working with Nike and might make a fair profit. 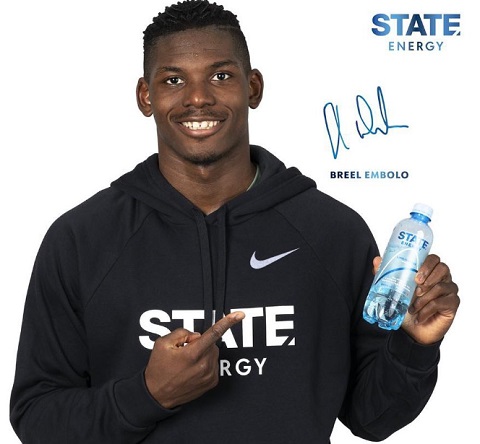 Transfermrkt reports that Embolo's market value is €20 million, while the highest value was €22 million on July 22, 2016.

Breel Donald Embolo was born on February 14, 1997, in Yaounde, Cameroon. He is of Swiss nationality and was born in the mid of February; his star sign is Aquarius. He is the son of Germaine Embolo and Moise Kegni. Also, Embolo has a brother. 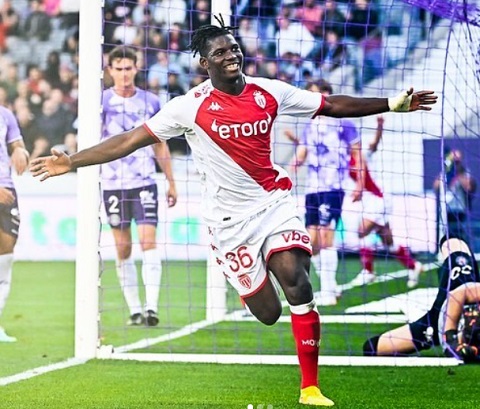 Breel Embolo started his youth football with Nordstrom, where he played for two seasons. He later played for BSC Old Boys from 2008 to 2010. In 2011-12 and 2012-13, he played for Basel's U-16 and bagged the Swiss Championship title at this level.

Breel Embolo joined FC Basel and started his professional footballing career on March 13, 2014. He came out as a 90th-minute substitute for Geoffroy Serey in the Europa League round of 16 first leg at St. Jakob-Park.

Breel Embolo scored his first goal in the UEFA Champions League on November 4, 2014, in a 4-0 win against the Ludogorets Razgrad. In late 2015, he caught the attention of several German and English clubs, including Aston Villa and Borussia Dortmund.

Breel Embolo joined Bundesliga side Schalke 04, agreeing on a five-year contract for a reported fee of $23.78 million. Since July 15, 2022, Embolo has been playing for Monaco. He made his senior international debut in March 2015 and represented Switzerland at UEFA Euro 2016. Now, Embolo is also listed in the national team of Switzerland playing in the FIFA World Cup 2022.