Brandon Tanev is a Canadian professional ice hockey player who plays in the National Hockey League (NHL). As of 2019, Brandon Tanev currently plays for the Winnipeg Jets as their Left Wing.

As a Left Wing, Brandon Tanev reportedly earns around $1,150,000 as his yearly salary from Winnipeg Jets. Further, Brandon Tanev has an estimated net worth of over $1.5 million.

As of 2019, Brandon Tanev has an estimated net worth of over $1.5 million similar to that of Jujhar Khaira. He reportedly signed a one-year contract worth $1.15 million with Winnipeg jets in 2018.

Huge thanks to Domenic and everyone at @vickarford.ca for giving me a vehicle this season!

The details regarding the relationship/affairs status of Brandon isn't available yet since he hasn't shared about his personal life to the general public. Brandon might have a girlfriend since he is a sports celebrity but doesn't seem to share much about his love affairs.

In addition to this, Brandon's official social accounts hadn't given a single hint about his probable wife/girlfriend. Moreover, he isn't married until now since he is much focused on his career games.

Other than being a famous NHL Left Wing, Brandon Tanev is pretty famous in social media. The Famous NHL star is 6 feet in height and weighs around 82 kilograms. Brandon Tanev is not only a world-class athlete but also has a very attractive individual.

Brandon Tanev was born on December 31, 1991, in East York, Toronto, Canada to parents Mike Tanev and Sophie Meredith Tanner. As per his nationality, he is Canadian and belongs to the White ethnic group and his star sign is Capricorn.

He grew up along with his brothers Chris Tanev and Kyle Tanev. His brother Chris Tanev plays ice hockey for the Vancouver Canucks and is also their alternate captain.

After ending college career, he started his NHL journey with the Winnipeg Jets on March 30, 2016. He then started playing for Jets and Jets affiliate of American Hockey League, Manitoba Moose. 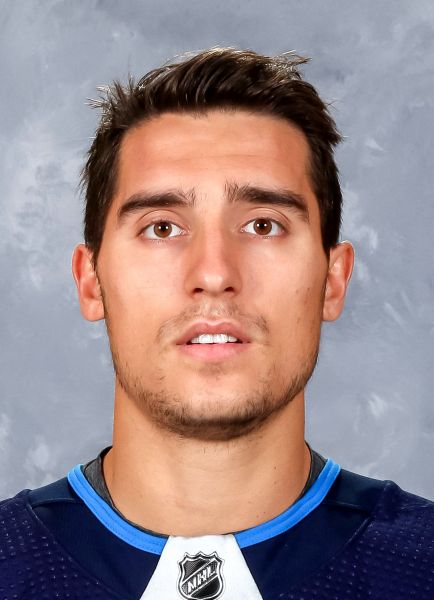 Brandon scored his first Hat trick against Bruins on March 27, 2018. Currently, he is playing along with famous goaltender Connor Hellebuyck.