The twenty-five years old is the only third player of Punjabi descent, following Robin Bawa and Manny Malhotra, to play in the NHL.

Jujhar Khaira's net worth as of 2020 is estimated at $1.5 million, mostly earned through his ice hockey career.

Estimated career earnings of Jujhar to date are tabulated below:

Jujhar Khaira so far has made earnings of $3,397,380 from his entire NHL career.

Moreover, he paid a sum of $6989 as a fine because of cross-checking Vince Dunn.

The detailed information regarding the probable wife/girlfriend and current affair/relationship is not disclosed on media.

Jujhar keeps his personal life low-profile since he might not have publicly announced about his affair and girlfriend. So far there is no news confirming that he is a married man or engaged. 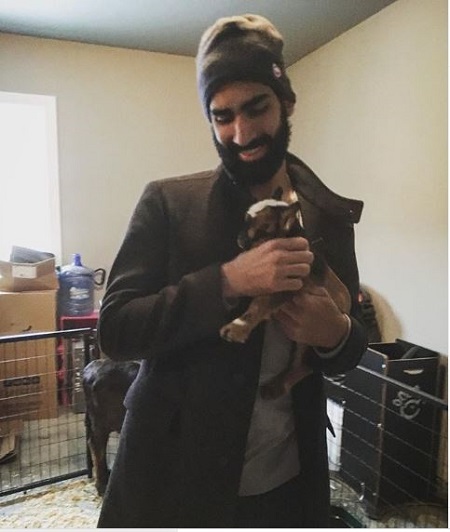 Khaira is a career-focused man so he remains away from controversies and besides, he has a very much supportive family.

In addition to being a famous NHL Left Wing, Jujhar Khaira is well known in social media. The famous NHL star is 6 feet 4 inches tall in height and weighs approximately 99 kg. Jujhar Khaira is not only an athlete of the world-class but also a very attractive person.

Jujhar Khaira was born on August 13, 1994, in Surrey, Canada to parents Sukhjinder Khaira and Komal Khaira. As per his nationality, he is Canadian and belongs to the Asian ethnic group. Further, his star sign is Leo and he grew up along with his sibling, Sahvan Khaira.

Besides him, his father is also a volleyball player whereas his brother plays in the Western Hockey League's team Everett Silvertips.

Jujhar began his professional career by playing in the British Columbia Hockey League with the Oilers. He also played for Michigan Tech and later in the 2013-14 season, Edmonton signed a three-year contract with him.