Shea Michael Weber is a professional Canadian ice hockey defenceman as well as captain to the Montreal Canadiens of the National Hockey League (NHL). Furthermore, he is an NHL All-Star and a recipient of the 2x Olympic gold medal.

Montreal Canadiens' defenceman, Shea Weber is a one-woman man who is married to his high school sweetheart Balley Munro. The duo met while playing junior hockey in Kelowna. Weber and Munro dated over a decade and finally tied the knot on 20th July 2013. 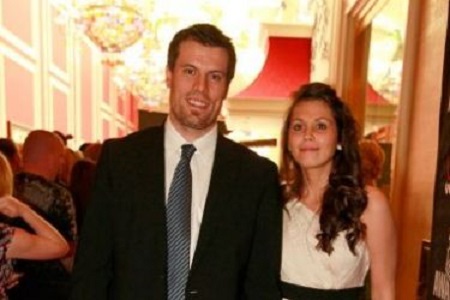 Weber and his wife, Bailey, have three young children - Beckett, Kenley, and Maddix. The family of five is living a blissful life.

Shea Weber was born to James Weber, a sawmill worker, and Tracy was a hairdresser. He has a brother, Brandon, who is two years younger than him.

Shea first played organized ice hockey at the tender age of six. At his 14, Weber's mother, Tracy was diagnosed with brain cancer, which surgery mostly removed. Later, Tracy began suffering from similar symptoms. In early 2010, she had a series of seizures and she was placed in an induced coma and died on August 11, 2010.

In the 2003 NHL Entry Draft, Shea Weber was picked in the second round, 49th overall, by the Nashville Predators. He spent his entire NHL career with the Predators until being traded to Montreal Canadiens on 29th June 2016. Previously, he played for the Sicamous Eagles of the Kootenay International Junior Hockey League (KIJHL), the Kelowna Rockets of the Western Hockey League (WHL), and the Milwaukee Admirals of the American Hockey League (AHL).