Brandon Nakashima is an American professional tennis player who has a career-high ATP singles ranking of World No.63. Nakashima has been awarded the ACC Freshman of the year and All ACC First Team awards.

Nakashima was born on the  3rd August of 2001 in San Diego, the United States, where he grew up with his parents. Nakashima was a talented kid since his childhood. He was into sports from a young age. His dedication and passion was the main key to his success. Nakashima's parents were always his prime supporters.

Nakashima has a brilliant history in his young career. During his junior tour, he had a career-high ITF junior combined ranking of No. 3 in 2018. He won the ITF and ATP titles and won the ITF Junior Masters title defeating the champions.

Talking about school, Nakashima graduated from High Bluff Academy and attended the University of Virginia, where between his studies, The American tennis player decided to turn a professional. A wildcard offer made a path for Nakashima to enter the Delray Beach Open, where he reached the quarterfinals, defeating Cameron Norrie. Later that year, Nakashima qualified for a Grand Slam main draw. 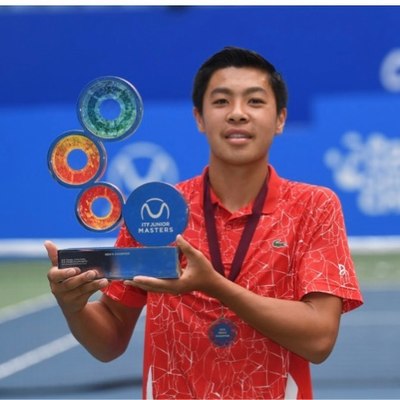 Nakashima became the youngest American to reach an ATP since, after Taylor Fritz, the year after Nakashima lost to Diego Schwartzman in the 2021 European Open.

Brandon Nakashima's Contract and Salary; How much is his Net worth?

Nakashima is one of the successful and richest athletes who has been an inspiration to many people. Having a wonderful career in early life and competing in such a competitive league already means Nakashima is enjoying a luxurious life. 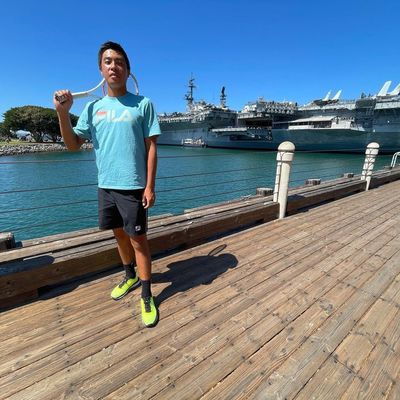 The net worth of Nakashima has been increasing in the last few years, and he has been processing a lot. Nakashima has a net worth of $1-$5 million while being sponsored by Motorola. He loves hanging out with his family and friends during his weekends.

Nakashima is a young athlete and is focusing on his career to date. He has always been dedicated to his career since his childhood as a professional tennis player. Nakashima is busy with his training and tournaments.

Nakashima loves spending time with his family and friends. He is seen loving his professional life rather than love life, but who knows, he might get surprises in his coming years.

Nakashima is active on social media and has a good number of followers. Nakashima is seen posting about his professional life a lot on Instagram, around 11.6K. His Instagram goes by brandon_nakashima.