Gojo was born on February 27, 1998. His birthplace is Split, Croatia, and his zodiac sign is Pisces. The tennis player is silent about his family background and family details as of yet. Also, Borna attended Wake Forest University, where he started his early tennis career. Gojo's personal life is not as accessible as his professional career.

The talented tennis player, Gojo, has been active in the tennis vocation since high school. As mentioned earlier, he started playing tennis at his college. So, the tennis player officially began his playing career at the 2018 Winston-Salem Open when he received a wildcard for the singles main draw. 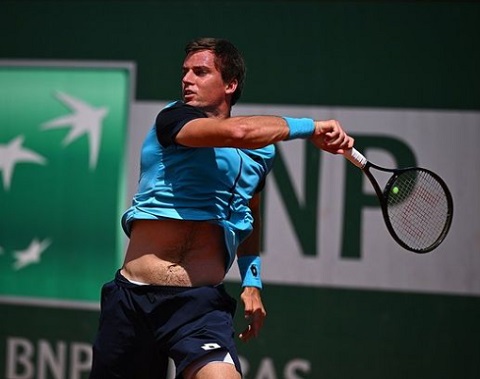 Likewise, on October 2020, Borna made his top 250 debuts at No. 245; the same year, he also turned professional. So, at the 2021 Davis Cup, the right-handed tennis player was one of the finalists. Additionally, he qualified for the 2022 French Open, which was Gojo's first Grand Slam in his career.

Take A Look at Borna Gojo's Net Worth And Career Earnings

Gojo makes a reasonable sum of money from his growing profession. According to his playing career, he has a career earning of $381,101 as of this writing. So, the estimated net worth of the Croatian tennis player is more than $150,000. Gojo has received a considerable sum of money in various events and tournaments.

Borna, a well-known sportsperson, has barred his lifestyle from his fan's reach. Similarly, he prefers keeping his private life away from the limelight, as Gojo believes in simplicity. Due to his private nature, we have little to discuss Borna's earnings and income.

Gojo Borna is not a new name in the tennis world, and he is recognized for his fantastic playing skills and playing career. So, while discussing his endorsement deal, Gojo may have an endorsement deal with Nike as the player apparel from Nike.

Gojo Borna appears to be single for now. Besides, the right-handed tennis player has shared a few pictures with a girl on his social media handle but has never shared actual details about his romantic life. Therefore, this topic remains a mystery for us and his fans.

Looking at his social media handles, Gojo is not concerned about his love life, as he has also mentioned Borna's priority is his family. Therefore, this might take longer to see him romantically involved with someone. 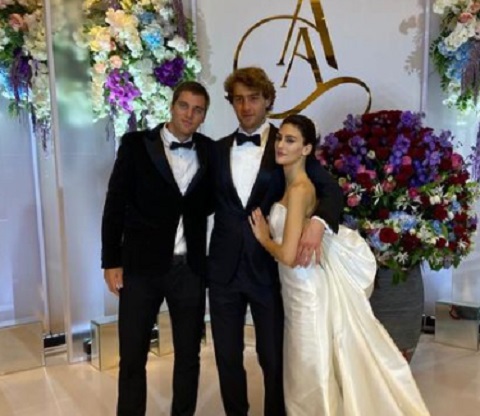 Similarly, Borna is very friendly and loves spending quality time with his friends and mates, like the Argentine tennis player Camilo Ugo Carabelli.