Jey Uso is an American professional wrestler better known for The Usos, a wrestling tag team formed with his twin brother Jimmy. Currently, they are signed to WWE under the SmackDown brand. They are the first team to win the WWE/SmackDown and RAW Tag Team Championships.

San Francisco, California native Jeu Uso was born on August 22, 1985, under the star sign Leo. The thirty-six years old is an American by nationality and is of Samoan descent.

Currently signed to the WWE, Jey Uso makes a base salary of $250,000 per annum from the organization. Further, the WWE also offers bonuses and incentives, typically paying about 25% of the net receipts in royalties to the wrestlers featured on merch. However, that's only if one wrestler is featured on that merch. If there are multiple wrestlers, that 25% is split evenly between them. Outside the WWE, the wrestlers earn a reasonable sum through endorsements. 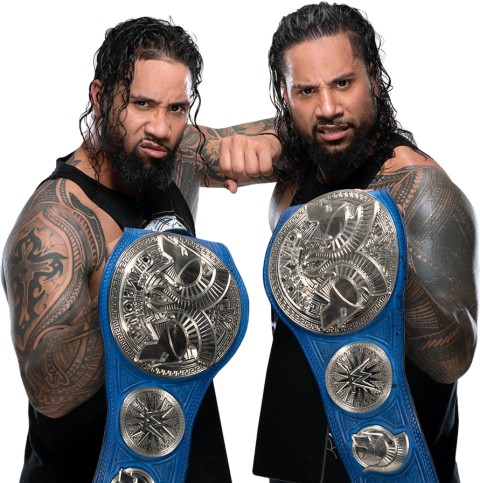 As of 2022, Jey Uso's net worth is approximately $500,000. Besides, no information about his real estate properties and cars is available.

Jey is a married man. He tied the knot with his long-time girlfriend, Takecia Travis, in 2015 in a secret ceremony. Unlike other wags, Takecia has always lived a low-key personal life. There is less to no information about her in the media. 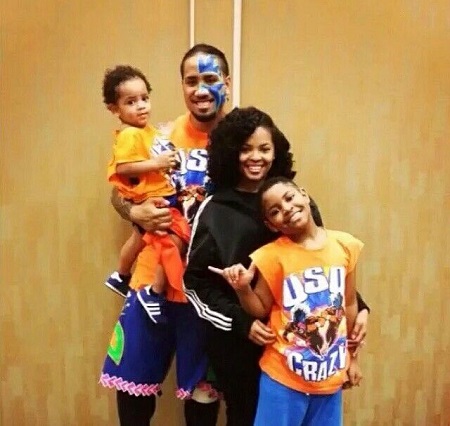 Jey and his wife, Takecia, share two sons, Jaciyah and Joyce. His wife and their children often come to support Jey in his WWE fights.

Jey and his 8 minutes older twin Jimmy was born to Talisua Fuavai-Fatu and Solofa F. Fatu Jr., a professional wrestler well recognized under the ring names Rikishi and Fatu with WWE.

He attended Escambia High School in Pensacola, Florida, with his brothers, where they played competitive football. They continued their football careers at the University of West Alabama, where they played linebackers from 2003 to 2005, while Jimmy played only a season.

In 2009, Jey with his brother Jimmy Uso (The Usos) debuted in WWE's developmental brand Florida Championship Wrestling, where the brothers became FCW Florida Tag Team Champions. Further, The Usos were moved to the main roster in 2010. They have gone on to be six-time tag team champions in WWE, winning the WWE (now Raw) Tag Team Championship twice in 2014 and winning the Slammy Award for Tag Team of the Year in both 2014 and 2015.

In 2017, The Usos won the SmackDown Tag Team Champions on three occasions, followed by a fourth reign in 2019. Previously, the team was managed by their cousin Tamina Snuka and Jimmy's real-life wife, Naomi (Trinity Fatu).