Bobby Lashley is an American professional wrestler and mixed martial artist currently signed to WWE, where he performs on the Raw brand. He is a two-time ECW World Champion and one-time United States Champion. Besides, he has also competed for Total Nonstop Action Wrestling/Impact Wrestling, where he held TNA/Impact World Championship title four times and was also a one-time X Division Champion.

The final King of the Mountain Champion, Bobby Lashley, has an estimated net worth of $6 million as of 2022 and is receiving a good salary from WWE.

Currently, 45, Lashley's personal life is not as successful as his career. He has a daughter, Kyra, who was born in 2005. The mother of his child is still not known as he hasn't revealed it yet.

He then began dating former WWE Diva Kristal Marshall in 2006, with whom he has a son named Myles, in July 2008. The couple welcomed their second daughter named Naomi, born in 2011. 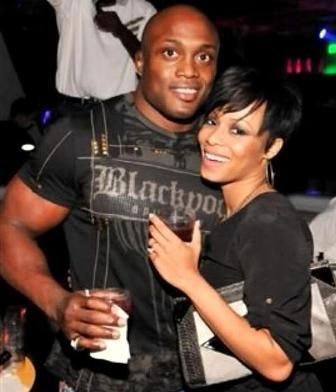 Unfortunately, their relationship couldn't last long as Kristal confirmed on Twitter that she and Lashley had split in 2011. Lashley spends time with WWE Diva Lana, who has been married to another WWE star and former powerlifter Rusev since 2016.

It was initially believed to be a new WWE storyline, but later, Lana revealed that she had filed for divorce from Rusev and had been issued a restraining order. In one of the WWE's episodes, Booby was seen getting into bed with Lana while her husband Rusev watched it on the screen from the stage.

Bobby Lashley has an estimated net worth of $6 million in 2022, including his properties and earnings. He is one of the highest-paid professional wrestlers who currently receives an annual salary of $1 million from WWE. The maximum of his net worth is built through his professional career in wrestling.

Lashley briefly competed in MMA, where he made the career earnings of $50,000.

Bobby Lashley was born Robert Franklin Lashley on July 16, 1976, in Junction City, Kansas, the United States. He was born to an American mother, Clara Lashley. His father was a drill sergeant with the 'United States Army. He is an American by his nationality, his ethnicity is black, and his birth sign is Cancer.

His father divorced his mother when he was just 14, and he was raised along with his three sisters by his mother. Lashley attended the Junction City High School Blue Jays, where he trained in wrestling and later joined Missouri Valley College to hone his skills.

Lashley signed a developmental contract with World Wrestling Entertainment in 2004. He made his televised WWE debut as a face on SmackDown! under his real name on September 23, 2005.

He became the first SmackDown wrestler to qualify for that year's Royal Rumble but was eliminated by the combination of Raw's then World Tag Team Champions Big Show and Kane. He is currently signed with WWE, where he performs on the Raw brand.