Bob Wischusen is a famous American sports commentator currently working for ESPN. He is also the voice of the New York Jets' WEPN-FM. He is one of the highly-respected and versatile play-by-play voices along with Brock Huard.

Bob Wischusen, reportedly earns around $50,000 dollars, as his yearly salary from the network. What's more, he is married and blessed with three children with his wife.

Bob Wischusen's Net worth and Salary

Bob Wischusen has an estimated net worth over $0.5 million as of 2019.

He is one of the most popular ESPN and WEPN-FM anchors who have made a successful career as a sports anchorman. As ESPN is a popular Sports Network, it is well known for paying a heavy amount of salary to its sportscasters.

As Bob Wischusen is a regular ESPN and WEPN-FM anchor, he earns a decent amount of salary from the network.

The American sportscaster/anchor Bob Wischusen receives an annual salary of about $50,000 dollars from his successful reporting career with ESPN and WEPN-FM. However, his net worth is yet to be reviewed.

Bob Wischusen works alongside Brock Huard. at ESPN and WEPN-FM. As of now, Brock Huard reportedly receives an annual salary of about $39,910 dollars.

He currently, lives in New York, along with his family, and has a beautiful home there.

Wischusen is a married man. However, he has not shared any information about his marriage and wife. But he often shares beautiful family pictures via his official socials.

Besides, there is no information about his past affairs or girlfriend.

Bob Wischusen was born on October 1 in New Jersey. He holds an American nationality and belongs to white ethnic background.

After his graduation from Boston College, Wischusen worked in sports radio at WQAM in Miami. He left the station and settled in New York. At first, he worked for WFAN as a reporter and update host for the station's sports news. During his employment at WFAN, he started working on the station's Jets coverage and hosted the pregame, halftime and postgame shows. 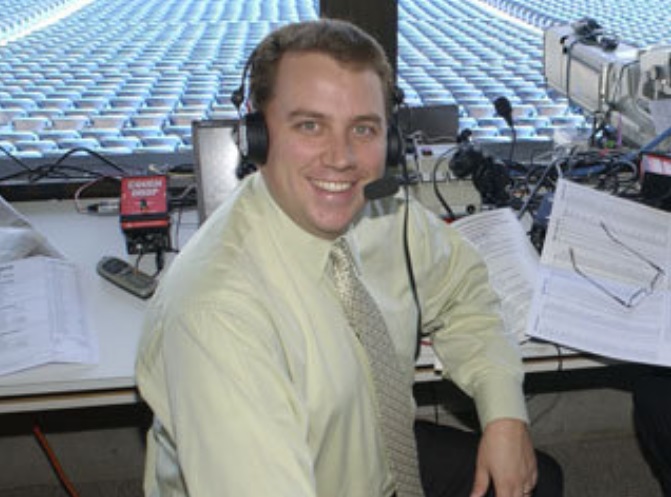 CAPTION: Bob Wischusen during the starting of his career SOURCE: Bleacher Report

Wischusen followed the coverage to WABC and became the play-by-play voice for the Jets on the station. He worked alongside Dave Jennings and Marty Lyons as his color commentators.

Read More about Victor Cruz Joining ESPN as an analyst

In 2006, Wischusen started working for ESPN as a secondary commentator for the college football and basketball. He was paired with Brian Griese for the 2010 college football season. Currently, he is calling with Brock Huard. 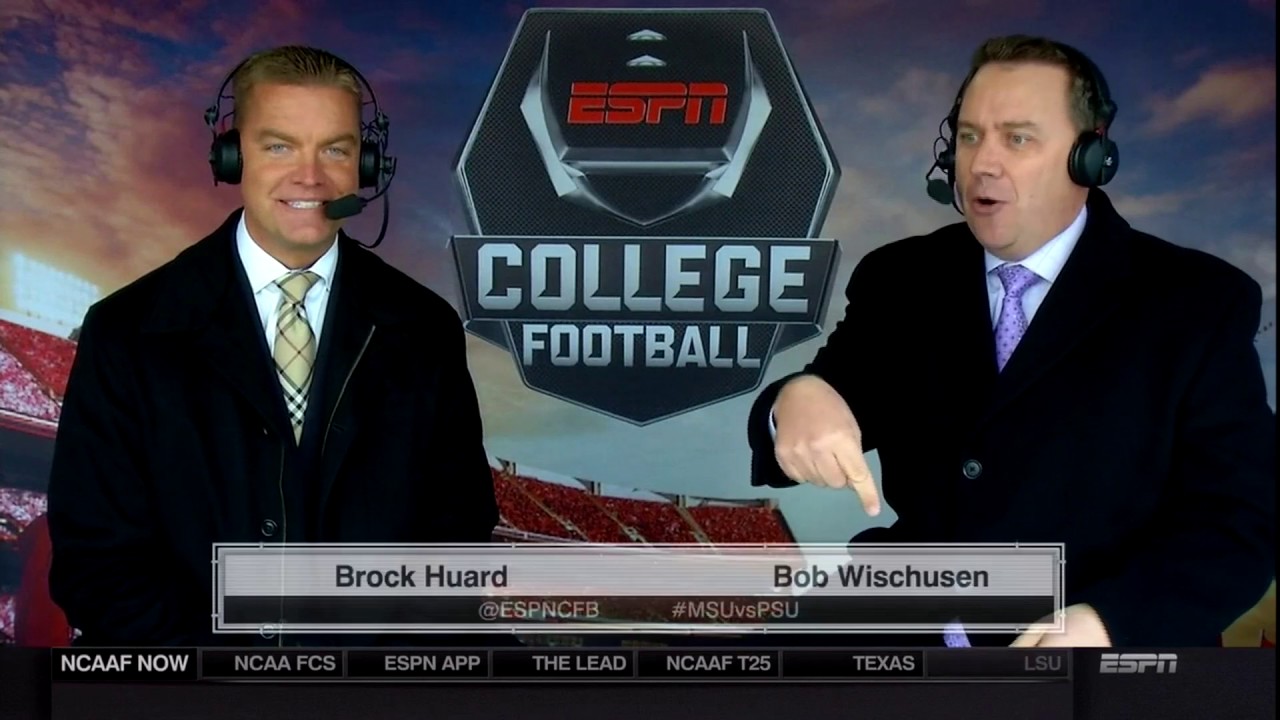 Besides, Wischusen also worked as a substitute announcer for WEPN and MSG's coverage of the Knicks and New York Rangers.

Further, he worked as an announcer for the New York Dragons AFL team and as a field reporter for NBC's coverage of Game 1 of the 2000 American League Division Series between the New York Yankees and Oakland Athletics.

His other works include anchoring coverage of the U.S. Open golf tournament along with Sean McDonough on ESPN Radio.