Blaine Gabbert is an American professional NFL player who plays in the National Football Association (NFL) for the Tampa Bay Buccaneers as their quarterback. Blaine Gabbert has played for other teams like Jacksonville Jaguars, San Francisco 49ers, Tennessee Titans, and Arizona Cardinals. He played college football at Missouri and was selected 10th overall in the 2011 NFL Draft by the Jaguars.

Blaine is currently in a romantic relationship with his girlfriend Bekah Mills.

Blaine Gabbert's Net Worth and Salary

Blaine Gabbert is in a relationship with his girlfriend Bekah Mills. Blaine and his lovely girlfriend are college mates. They started their affair in 2008. The couple is not married but is living together.

Blaine and his girlfriend together went on several trips and they are happy with each other. Bekah was a basketball player during her University days. 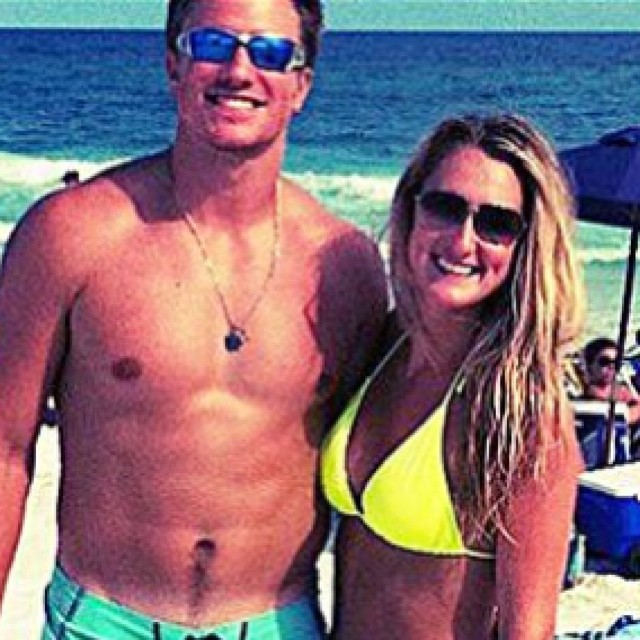 Gabbert's girlfriend graduated with a Master's degree in Accounting in May 2012. Gabbert enjoys fishing in the deep sea and flying in his free time.

The Famous NFL star is 6 feet 4 inches in height and weighs around 107 kg lbs. Blaine Gabbert is not only a world-class athlete but also has a very attractive individual.

Other than being a famous NFL star, he is quite popular on social media with a huge number of fan following.

Blaine Gabbert was born on October 15, 1989, in Ballwin, Missouri, the United States. He holds an American nationality and belongs to the White ethnic group. Further, he grew up along with his brother Tyler Gabbert.

Blaine began his professional playing career after being drafted in the 2011 NFL draft by the Jacksonville Jaguars and was the third number quarterback selected in 2011 after Cam Newton and Jake Locker.

Blaine worked under the coach Jim Harbaugh in San Francisco and was the starter for the 49ers after Coli Kaepernick sat on the bench. 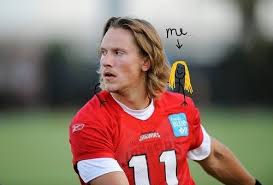 After the first five season games, he went 1–4, leading their coach, Chip Kelly, to start Colin Kaepernick. Currently, he is playing for the Tennesse Titans as their quarterback.