Bjorn Borg is a Swedish former professional tennis player. He is also widely known as the former world No. 1 tennis player. He is the first man in the Open Era to win 11 Grand Slam singles titles during 1974 and 1981. Moreover, he has also won the year-end championships three times. As well as 15 Grand Prix Super Series titles. He is the first player to earn more than one million dollars in prize money in a single season. He retired at the age of 26.

Ranked #14 in the list of the 25 richest tennis players in the world, Björn Borg has an estimated net worth of $40 million as of 2020. Ion Tiriac, Roger Federer, and Novak Djokovic hit the 1st, 2nd, and 3rd positions respectively. His total career prize money is $3,655,751.

Borg narrowly missed to declare bankruptcy back in 1997 but restored his wealth through a now-successful clothing and sportswear venture called simply Bjorn Borg. 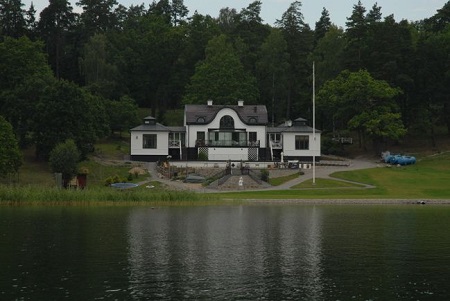 Borg has married thrice. On July 24, 1980, he married his first wife Romanian tennis pro-Mariana Simionescu in Bucharest. But their relationship ended in divorce in 1984.

Later in 1989, he married his second wife the Italian singer Loredana Berté. Before getting married to Loredana he fathered a child with Swedish model Jannike Björling. He got a divorce with Loredana in 1993. His divorce with two wives didn't stop him from again getting married. 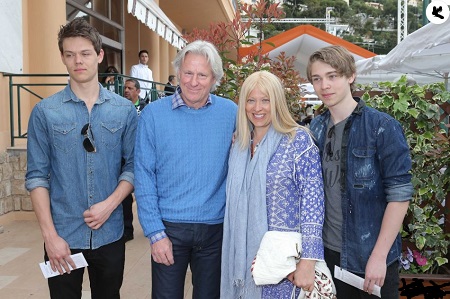 Björn Borg with his wife and two sons SOURCE: purepeople

Well, he married his third wife Patricia Östfeld on 8 June 2002. He has two children Leo Borg and Robin Borg.

Besides these, there are no rumors of his divorce with his present wife. 63 years old belongs to Swedish nationality and falls under the white ethnic group. His height is 1.8m.

Bjorn Borg was born on June 6, 1956, in Stockholm, Sweden. His parents are Rune and Margaretha Borg and are the only son of his parents. His father was also a renowned tennis player. During his childhood, he became inspired by his father's golden tennis racket which his father gave him during his start of a career. He spent his childhood at his own birthplace.

During his childhood, he became inspired by his father's golden tennis racket which his father gave him during his start of a career. He spent his childhood at his own birthplace.

As he developed his interest in tennis since his childhood, later he made it his professional career. Within the age of 15, he won the 1972 Davis Cup and represented Sweden. He won the match against Onny Parun of New Zealand. In the same year, he became the champion of Wimbledon junior singles title. Moreover, he also won the Orange Bowl Junior Championship for boys. Bjorn made his professional debut in 1973 in French Open.

In 1974 he won his first top-level singles title at the Italian Open. And was the youngest player of the tournament. And after two weeks he defeated Manuel Orantes and got the victory in French Open. Later in 1975, he defeated Rod Laver in the semifinals of World Championship Tennis (WCT). But he got defeated with Arthur Ashe in the final. In the same year, he won the French Open title.

At the starting of 1976, he won the World Championship Tennis year-end WCT Finals in Dallas. In the same year, he also reached the US Open final but failed to win the match. Later in 1998 he again won the French Open. In 1980 he won his first Masters and the first title in New York. In the same year, he won his fifth consecutive Wimbledon singles title, the 1980 Wimbledon Men's Singles final. He defeated McEnroe in the final of the 1980 Stockholm Open. And later he defeated Ivan Lendl and won his second Master's title.

Later in 1981, Bjorn won his last Grand Slam title at the French Open. In the following year, he reached the Wimbledon final but didn't win the championship. He never won the US Open in his whole career. And later at the age of 26, in January 1983, he announced his retirement from his professional career. After his retirement, he again came back to play the different tournaments. But he wasn't able to win even a single tournament.