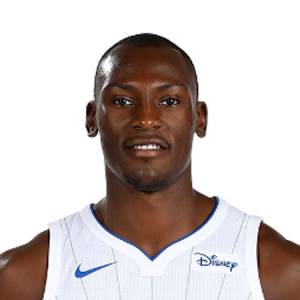 Bismack Biyombo is a well-known basketball player from DR Congo, who plays for the Orlando Magic in the National Basketball Association (NBA).

He was selected the seventh overall in the 2011 NBA draft by the Sacramento Kings and subsequently traded to the Charlotte Bobcats (now Charlotte Hornets).

Biyombo was born as the son of Francois and Francoise Biyombo, on August 28, 1992, in Lubumbashi. He was brought up by his parents along with three brothers: Billy, Biska, and Bikim, and three sisters: Bimeline, Bikelene, and Bimela.

When Biyombo was 16 years old and was playing a tournament in Yemen, he impressed coach Mario Palma and got the opportunity to train in Spain. He began the 2009–10 season with Fuenlabrada-Getafe Madrid of the EBA before he joined CB Illescas of the LEB Silver league.

The talented basketball player Biyombo earns a tremendous amount of money from his professional basketball playing career.  He received $5.7 million after he signed a contract of two years with Toronto Raptors.

Similarly, he earned $72 million from salary by signing a four-year contract with Orlando Magic which is also added to his net worth. His average salary is reported to be $18 million for 4 years duration with $17 million equal to his teammate Evan Fournier. As per the report of some online sources, his net worth of 2018, is estimated to be $10 million and is one of the top 60 paid players in NBA.

He has an endorsement deal with Air Jordan and wears the Air Jordan XXXI shoe which his teammate Jeff Green also wears.

Biyombo made his professional playing debut with Fuenlabrada in the Spanish ACB League, where he played against DKV Joventut on January 9, 2011, recording 5 points and 7 rebounds in just over 13 minutes of play.

During 2011 Nike Hoops Summit, he played for world selected team against the USA selected team, where he recorded a triple-double, with 12 points, 11 rebounds, and 10 blocks and became the first player in the Summit's history to score triple-double.

In the same year, he was picked by Sacramento Kings in the 2011 NBA draft, but his rights were later traded to the Charlotte Bobcats in a draft night trade. On December 19, 2011, he made a multi-year contract with Bobcats and played there for almost four years and later he made a two-year contract with Toronto Raptors for $5.7 million.

He made his debut for Toronto Raptors in the team's season opener playing against the Indiana Pacers on October 28, in which he recorded 7 points and 5 rebounds in a 106–99 win.

Later on July 7, 2016, he made a four-year contract with Orlando Magic for $72 million. He made his debut for the Orlando Magic playing against Detroit Pistons, where he scored two points in just under 23 minutes.

On April 4, 2018, he recorded 12 points, 12 rebounds while playing against Dallas Mavericks and it became his career-high five assists.

The shining NBA star, Biyombo is in a relationship with his girlfriend, Ana Ledesma. His girlfriend Ana is a Colombian-Brazilian beauty who is a cancer survivor. She has appeared in Maurice Smith’s music video for his single One Kiss.

Besides, he has no any past affair and relationship. Moreover, he does not have any children.