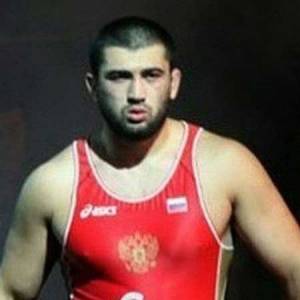 Bilyal Makhov is a Russian mixed martial artist, freestyle, and Greco-roman wrestler. Currently, he signed to the Ultimate Fighting Championship (UFC) and competing in the Heavyweight division.

Bilyal Makhov was born on September 20, 1987, in Nalchik, Kabardino-Balkaria, Russia. He is Russian by nationality. His ethnicity is Circassian-Kabardian, and his star sign is Virgo.

Makhov moved from Nalchik to Dagestan to train wrestling. He has not mentioned much more info about his early life. Valery Makhov (father) and Zhana Makhova are his parents.

From his early age, Bilyal Makhov was enthusiastic about wrestling. He also wrestled during high school years. He was trained by Gadzhi Gadzhiev, Magomed Guseinov, Khankala Gadzhimagomedov throughout his career. He turned professional in 2006.

In 2012, he represented Russia 2012 London Summer Olympics in Men’s Free Wrestling. He played astonishingly well and bagged bronze medal in the men’s 120 kg category. In 2015, he also wins a bronze medal in World Championship (Las Vegas, United States). On April 25, 2015, he was assigned with UFC to compete in the heavyweight division.

There is no sort of info available about Bilyal Makhov relational status and private life. He has not spoken about his marriage, wife, affair, and, girlfriend. His fans have a curiosity regarding his personal life. He might have a girlfriend and have plans for marriage but that he has kept it secret from the public.

Bilyal Makhov has reached the age of 29 now. He has a perfect physique and a pleasant personality. He has a standing height of 6 feet 5 inch, which is around 196 cm. His weight is around 276-287lb. currently, he resides in Makhachkala, Khasavyurt.

Besides wrestling and mixed martial artists, he loves to watch soccer on television. He loves traveling when he was with his friends. He is Muslim and follows Islam. He has never been the part of any controversy. Numerous awards have honored Bilyal Makhov for his professional achievements.

Bilyal Makhov is an influential name in the world of wrestling. He is an inspiration for upcoming generations. He has thousands of fan and followers on social networking sites that include Twitter, and, Instagram. He has revealed about his salary and net worth but is expected to be paid high.