Billy Eugene Self Jr. well recognized as Bill Self is an American basketball coach currently serving for the University of Kansas as a head coach, a position he has held since 2003. Earlier, he served for the Illinois, Tulsa, and Oral Roberts as head coach as well as for Oklahoma State and Kansas as an assistant coach.

A native of Okmulgee, Oklahoma, Self was born on 27th December 1962, under the star sign Capricorn. The coach holds an American nationality and belongs to a white ethnic background.

Bill Self is an indeed wealthy coach with an estimated net worth of $10 million as of 2022.

Ranked #10 in the list of 2020 NCAAB's highest-paid players, Bill Self has an annual salary of $3.8 million from Kansas. 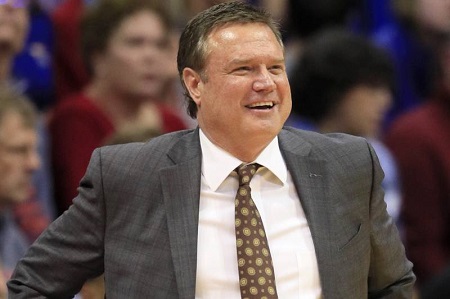 Back in 2017-18 season, Self is ranked third highest-paid college basketball coach in the United States with a salary of $7.15 million behind Duke coach Mike Krzyzewski and Kentucky coach John Calipari and is tied with Ohio State coach Chris Holtmann. Reportedly, he signed a 10-year contract extension in 2012, which will keep him under contract with the Jayhawks until the 2021–22 season.

Bill Is Married With Two Children

Bill tied the knot with his girlfriend, Cindy, in 1988, in an intimate ceremony. The couple met back in 1984 while attending college at Oklahoma State University, where she was a cheerleader and Bill, star a basketball player. After four years of dating, the pair exchanged the vows. 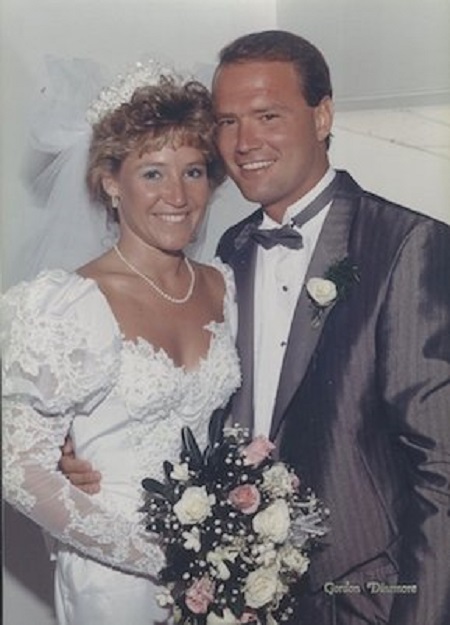 Bill Self and his wife SOURCE: KC Confidential

Having said that, let's know little more about Bill's wife. Cindy holds a master's degree in elementary education after graduating from OK St. Also, she is very active in charitable works and eventually started her passion for helping children. Together with her husband, they founded the ASSISTS foundation in 2006, which benefits youth in the community. 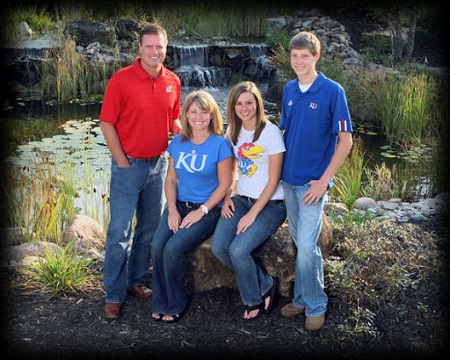 What's more, Bill and Cindy share two children: a daughter, Lauren, a 2013 graduate of Kansas, and a son Tyler who played basketball at Kansas from 2012 to 2017 and currently is the Basketball Operations quality assurance assistant for the San Antonio Spurs.

Bill was born to parents: Bill Self Sr., former girl's basketball coach, and Margaret Self. He was raised alongside sister, Shelly Anderson.

Upon high school graduation, he earned a basketball scholarship to play at Oklahoma State University. Further, he graduated with a bachelor's degree in business in 1985 and a master's degree in athletic administration in 1989, both from Oklahoma State.