Bill Algeo is an American professional MMA fighter in the UFC Featherweight division. As of April 2021, he has an MMA record of 13-5 and is a 2-0 pro-Muay Thai as well. He is CFFC Featherweight Title, ROC Featherweight, and USKA main event winner. He is also a multiple-time ROC 145lb champion.

Algeo was born on June 9, 1989, in Pennsylvania. His billed height is 5 feet 11 inches and weighs 146lbs. He has a reach of 73 inches. He kicked off his martial arts career at the age of 14 when he decided to follow his brother into the wrestling room. He started Brazilian Jiu-Jitsu at 18 and received his black belt in 2015. He never lost a fight during his amateur span.

Algeo made his pro debut on June 1, 2012, in a fight against David Miller at XFE: Cage Wars 15. Senor Perfecto won the bout by arm triangle submission. Four months later on October 13, he suffered his first defeat in a fight against Dean Lavin at XFE: Cage Wars 18. On February 8, 2013, at CFFC 20: Heckman vs Martinez, the Delaware county native had his second victory by forcing Shane Manley into submission in round 2. 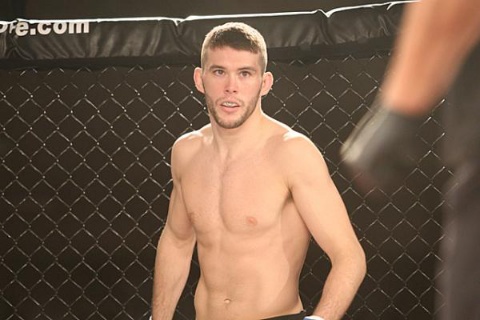 His next triumph was in a match against Myron Baker on September 21, 2013, at CFFC 27: Heckman vs Kelleher. He defeated Joel Roberts by a technical knockout on February 22, 2014. On June 28, 2014, Algeo subdued Mike Pope through a rear-naked choke submission at CFFC 37: Anyanwu vs Bell. He faced his second career loss against Shane Burgos on October 25, 2014.

The 5'10" Jiu Jutsu fighter went on to win the pursuing three bouts - defeating the names, Frank Buenafuente, Anthony Terell, and Jeff Lentz. On February 18, 2017, Jared Gordon gave Algeo his third loss at CFFC 57: Anyanwu vs Teed. On November 17, 2017, at ROC 61: Ring of Combat 61, Algeo had his first title after he defeated Tim Dooling by a KO.

He next enjoyed three more titles by besting the likes of James Gonzalez, Scott Heckman, and John de Jesus all in a successive winning streak. He defeated Tim Dooling for the second time at CFFC 83: Cage Fury Fighting Championship on August 13, 2020. This was after his fourth professional loss - in a match against Brendan Loughnane on June 19, 2019.

The approximation of Algeo's fortune is still anyone's perusal. The now 32-year-old fighter has been in the cage business for more than a decade. And it will be hardly surprising to know if he's worth hundreds of thousands of dollars. It stands to reason that he has been to a number of events each with a following of their own.

Needless to say, all those shiny competitions pay guaranteed show purse to their fighters, winning and performance bonuses aside. Algeo's UFC career is just gaining ground and he is most likely to fight in matches with heavier purses in the days to come. The pay has been substantially on the rise for the UFC fighters. And although Algeo's is yet to be considered as an A-lister, he sure comes under a group of players who heavily sway the fight money.

Besides, Bill has also had some sponsorships deal with brands like RDX sports, G fuel energy, Battle Bold, and Simple CBD.

Senor Perfecto is married to Ashley Santiago. The couple exchanged their vows on November 16, 2019, at Drexelbrook. Mrs. Algeo graduated from Drexel Law School with a 4.0 GPA. On October 10, 2017, the husband had announced that Santiago was recruited in the Comcast legal department as a compliance specialist. 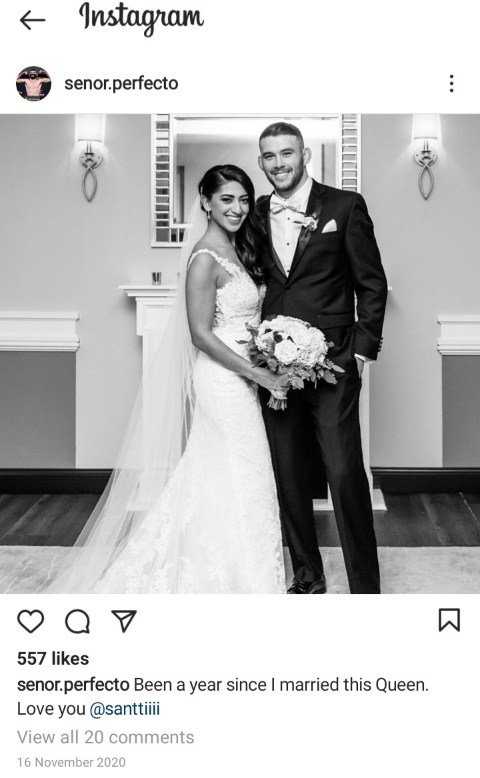 Algeo and Santiago have been together for more than seven years. Though it is not revealed when the pair started dating.

The fighter first shared the picture of Santiago and him on December 2, 2013, through his Instagram account. "I asked babygirl wat she want for Christmas and all she said was for me to woop dat ass next week....and some shoes," wrote Algeo. They also share a dog named peanut.