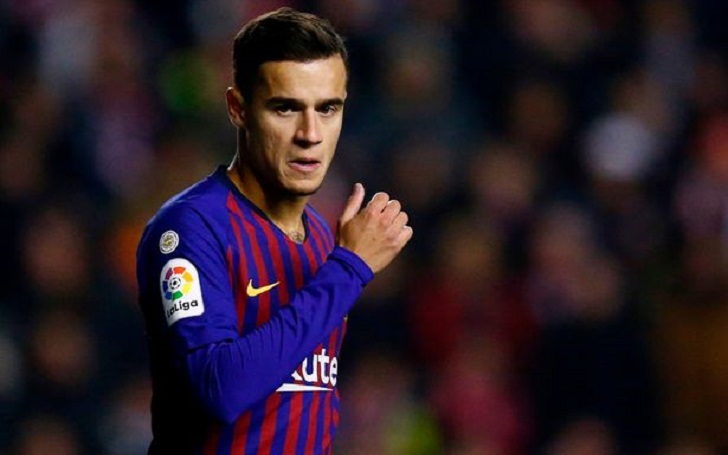 Philippe Coutinho, former Liverpool midfielder recently is being rumored to be loaned over to Manchester United after his considerably poor performance with Barcelona but the man who is supposed to be behind all of this Ernesto Valverde (Current Barcelona FC's Manager) says otherwise.

Ernesto Valverde hopes that Philippe Coutinho will stay in Barcelona in the mid-field despite speculation of being transferred to Manchester United.

The 26-year old former Liverpool midfielder moved to the Spanish champions with a deal worth
£105 million in last year's January, and playing a full season, he completed 90 minutes on just four occasions during 16 appearances at La Liga this season.

In each of the last four League matches in Barcelona, Coutinho was named on the bench, with Valverde opting out Arturo Vidal and Ousmane Dembélé over Philippe Coutinho.

The rumor was first started by a Spanish news outlet Mundo Deportivo, claiming that United had contacted Coutinho's agent, Kia Joorabchian, but Valverde insisted that he saw the future for the midfielder in Camp Nou.

Valverde  at a press conference on Friday told reporters:

"Coutinho has played well for us and we hope he'll continue to do so, I'm focused on the things he does well, just as I am with Dembélé and Arturo Vidal."

Barcelona crashed out of the Copa del Rey on Thursday with a 2- 1 defeat away at Levante in a game that Coutinho, Vidal, and Dembélé all started.

Justin Gaethje hoping for a Bout against Conor McGregor: "I think he’ll fight me now.” 9 hours by Jack Ol

Conor McGregor to Donald Cerrone after KO'ing at UFC 246: "I love you Donald" 9 hours by Jack Ol

UFC 246 Medical Suspensions: Donald Cerrone will be out for 6 months for Nasal, Orbital Fractures 2 days by Jack Ol