The Football Association of England, which owns the stadium, said it received an offer from the billionaire business tycoon for the national soccer stadium. The stadium would continue to host England games and major cup finals even after a sale.

Khan reportedly offered FA a sum of nearly $835 million and offered to allow the association to retain some of the revenue generated, valued at an additional $417 million.

In a statement posted on Fulham's website on Thursday, April 26, Khan explained his effort to buy Wembly so as to "protect the Jaguars" position in London at a time when other NFL teams are becoming more and more interested in the city. 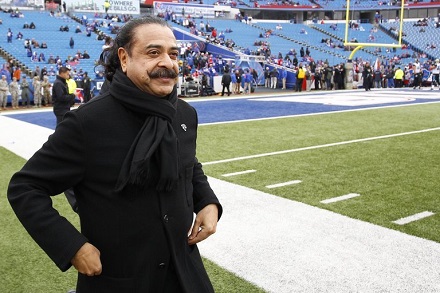 "It was revealed today that I have made an offer to purchase Wembley Stadium from The Football Association. To everyone in the Fulham Family, I wanted you to be among the first to hear the news, directly from me, and share a bit of background.

As you likely know, in addition to the privilege of serving as Chairman of Fulham Football Club, I am also owner of the Jacksonville Jaguars of the National Football League in the U.S. The Jaguars have played regular season home games at Wembley Stadium in each of the past five NFL seasons and will continue to do so at least through the 2020 season. The games the Jaguars play at Wembley are essential to the financial stability of the Jaguars in Jacksonville, which is one of the smallest markets in the NFL. If my ownership interests were to include Wembley Stadium, it would protect the Jaguars’ position in London at a time when other NFL teams are understandably becoming more interested in this great city. And the stronger the Jaguars are in London, the more stable and promising the Jaguars’ future will be in Jacksonville."

Wembley has been home for NFL games since 2007, and Jaguars started playing at the 90,000 capacity stadium in 2013, the same year Khan bought London soccer club Fulham.

Khan told the Associated Press he expects to own the London's stadium within 8 to 12 weeks.