Ashlyn Harris is an American woman soccer player who plays as a goalkeeper for the United States women's national soccer team and NWSL club Orlando Pride. She was also a national team member that won the 2015 FIFA Women's World Cup in Vancouver, Canada.

Harris has won many teams as well as individual awards. She was also awarded the NWSL Goalkeeper of the Year in 2016. She is openly a lesbian and is married to her partner Ali Krieger. She has an estimated net worth of $1 million. 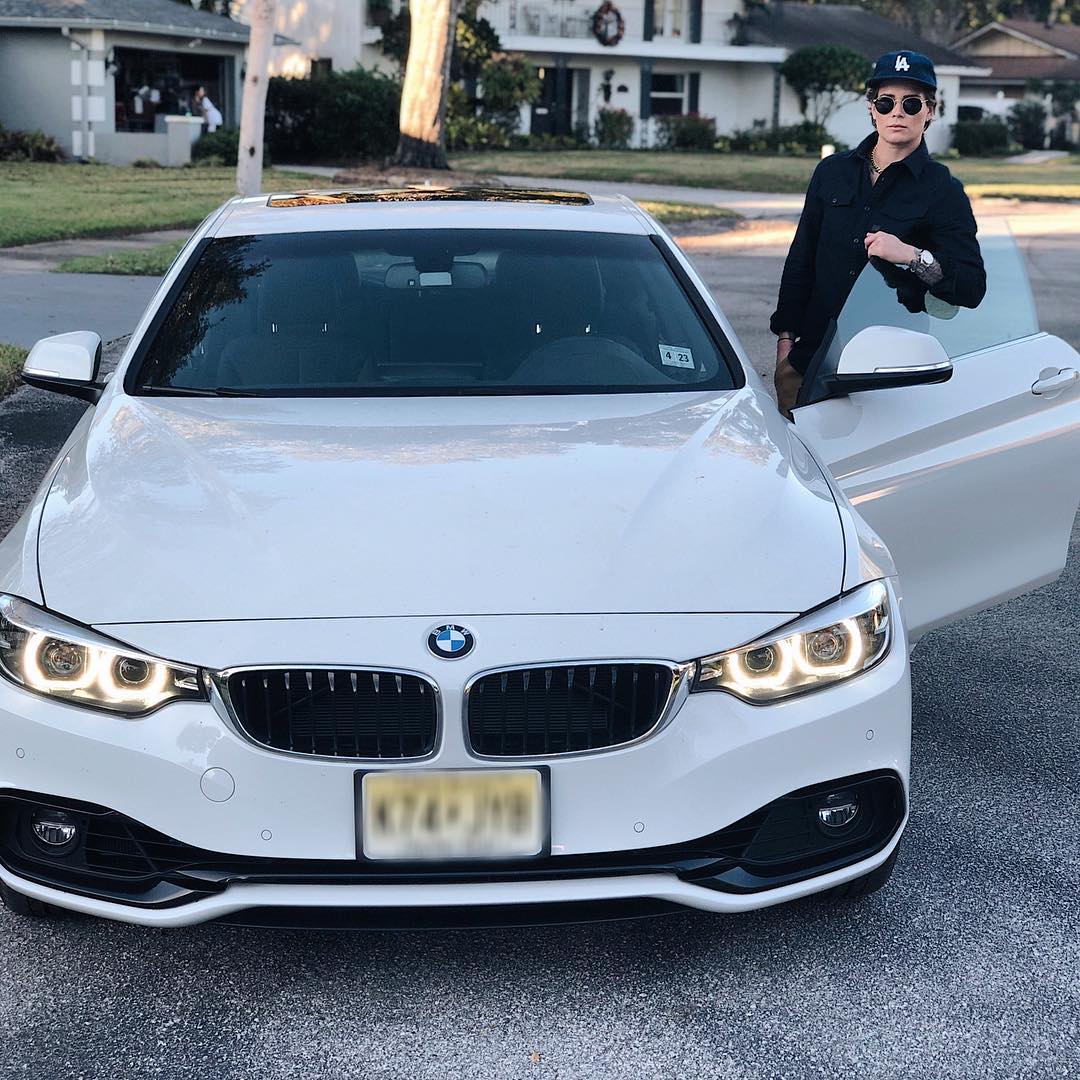 She is BMW's brand ambassador and has an endorsement deal with football sportswear company Umbro.

Ashlyn Harris, who is a lesbian, is married to her teammate Ali Kreiger. Ali Kreiger is also a professional football player who plays as a defender for USWNT and Orlando Pride. The couple married in 2015. The duo is a fan favorite lesbian couple on social media. 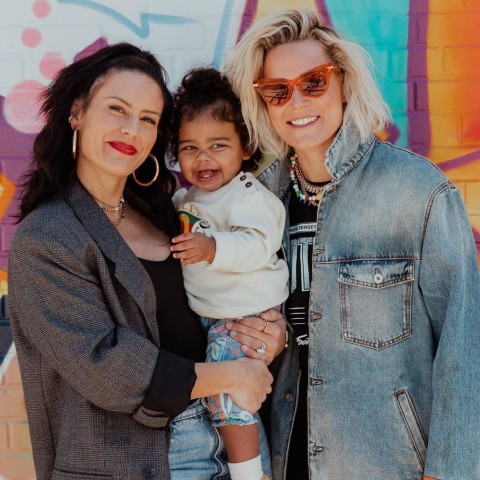 Ashlyn shares a family photo with her husband and daughter SOURCE: [email protected]

Ashlyn and Ali attended their US National teammate Alex Morgan's wedding together. Ashlyn is also very motivated to work with non-profit charitable organizations; she supports 'To Write Love on Her Arms' which helps people struggling with addiction, depression, self-injury, and suicidal tendencies.

Ashlyn Harris was born on October 19, 1985 (age 32), in Satellite Beach, Florida, United States. The daughter of Tammye and Mike Harris has an older brother named Chris.

She played soccer on the boys' team till she was 14. She started playing for the girls' team when she made it into Seminole Ice Girls Team. Earlier, she played with boys in Plam Bay Rangers and South Brevard United. Harris attended Satellite High School in Satellite Beach, Florida.

Harris, who also played for the school's football team, helped her team win State Championship titles in 2002 and 2003. She was named the nation's number one recruit by Soccer America. She was also named 2004 Gatorade player of the Year and 2004 NSCAA Player of the Year. She graduated from Satellite High School in 2004 with a 3.8 GPA.

Harris delayed her enrollment in the University of North Carolina Tar Heels in 2006 due to her participation in FIFA U-19 Women's World Cup in 2004.  She made 39 appearances for her country in U-19 games.

Her university game period was not up to par as she sustained three injuries and stayed out of the field most of the time. Her injuries stopped her from appearing not only on her home ground but also could not appear in any of the U-21 games representing her country. 2006 and 2007 seasons, she was on the bench with injuries in her thumb and tearing up of her right anterior cruciate ligament (ACL).

She again tore her left ACL and only managed to enter as a substitute in football games and played throughout all NCAA tournament matches. She was named on the 2006 and 2007 ACC Academic Honor Roll. Unfortunately, she had the labrum in her right hip torn in 2007.

2008 was the first season at UNC where she was perfectly healthy to play for games. UNC went on to win the 2009 NCAA women's Soccer Tournament against Stanford in the Championship game.

Ashlyn started her professional career at Pali Blues football club in 2009. She stayed there for a year before being picked at the 2010 WPS Draft of Women's Professional Soccer in January 2015 by Saint Louis Athletica.  Not only a year, but she was also forced to move on to another club because of the dissolution of Saint Louis Athletica. She was taken to Washington Freedom on 2 June 2010. 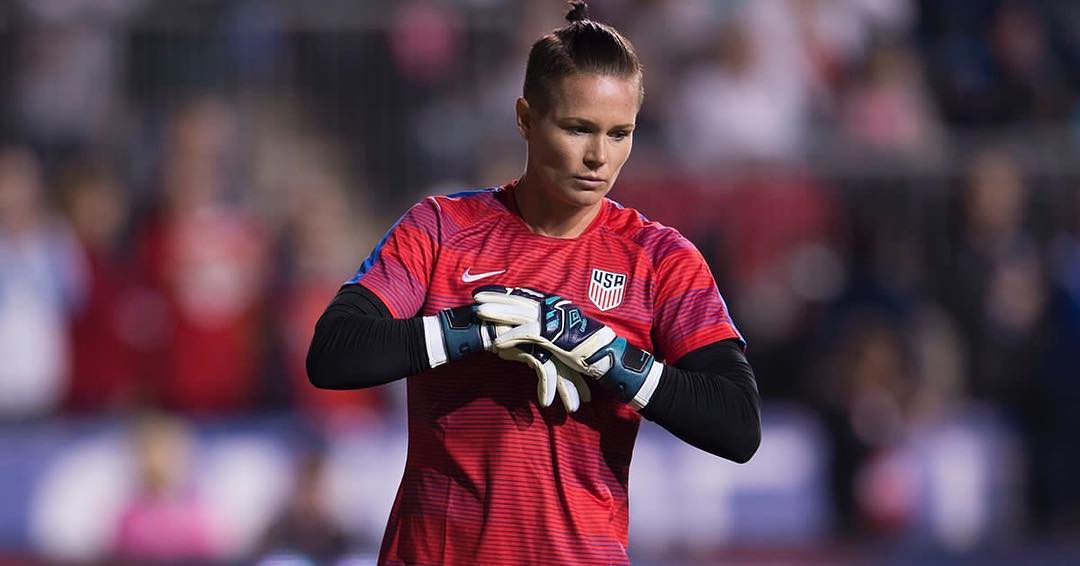 Ashlyn Harris is playing for the US national team
SOURCE: Instagram

Ashlyn Harris switched many football clubs staying less than a year to a maximum of three years in only two clubs. Her next club was Western New York Flash during the 2011/12 season, and she moved onto FCR 2001 Duisburg in the 2012/13 season. Later, she was signed by Washington Spirit for a three-year contract (2013-2015).

Since 2013 she has also been representing the USA team overseas and on in-home grounds at the senior level. So far, she has played 15 games representing her nation. Unfortunately, a year into the new club, she was traded to Tyreso FF on loan. She played for the Tyreso FF till 2016, when she signed a new deal with Orlando Pride.

Harris still plays from the Orlando Pride and has won 2016 NWSL Goalkeeper of the Year. Ashlyn is also featured in a video game. She is included along with her national teammates in the EA Sports FIFA video game series in FIFA 16.  It was the first time women players were ever included in the game.

When the USA Women's Football Team brought home the 2015 FIFA Women's World Cup trophy, she was honored along with her teammates with a Ticker Parade in New York City and a key to the city. They were also invited and honored in the White House by then-President Barack Obama.