Ashley Joens is a rising American basketball player who has been playing in the United States with the Iowa State Cyclones of the Big 12 Conference. Joens was part of Bangkok's FIBA U-19 Women's World Cup gold medal-winning team. Also, she was part of the 2018 FIBA Under-18 Women's Americas Championship Gold Medal winning team.

On March 16, 2000, Ashley Joens was born in Cedar Rapids, Iowa. She is among the five children born to Brian and Lisa Joens. She grew up with her four sisters, Courtney, Aubrey, Kelsey, and Bailey. Joens stands 6 feet tall and weighs over 68 kgs.

Ashley Joens's Earnings and Net Worth

Joens is very much early in her career. She is yet to finish college. She shall be earning millions in the days to come. University pays their athlete a small amount that helps them spend on regular expenses as per sources. 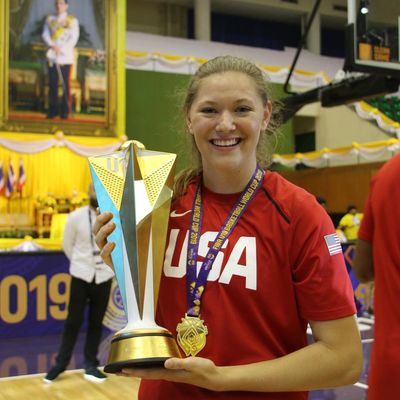 Ashley Joens with her gold medal for the USA. SOURCE: [email protected]

Cyclones small forward is rated among the highest WNBA players in the 2022 WNBA draft and shall be drafted by a franchise with a massive salary in the upcoming years. As playing for a college team, the college aids in her scholarships, accommodation, and floodings.

Joens seems to be single as of early 2022. She is an active social media user full of her posts with her family and friends. Th player keeps visiting new holiday destinations and likes to spend her time with people. There are no pictures or sources that reveal that she is dating someone in the past. 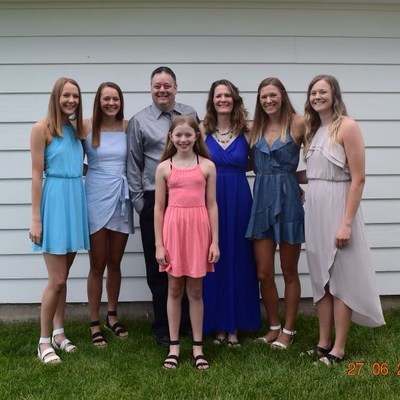 The American shooting guard is very much early in her career. She must be focusing on making her career rather than spending time with people.

Joens attended her nearby Iowa City High School, where she started playing basketball and was named Miss Iowa Basketball at the season's end.

The American small forward/Shooting Guard played in the Big 12 Conference, was named to the All-Big 12 Conference team, and was recognized nationally. Joens has been part of the team that won the gold medal in the 2018 FIBA Under-18 Women's Americas Championship and FIBA U19 Women's World Cup. Joens played in the team's small forward and shooting guard positions and was one of the best prospects in the 2022 WNBA draft.

Joens is active on Instagram, where she posts about her professional life and private life. She has 3.6K followers on Instagram, and it goes by ashleyjoens10.