2016 Pac-12 Co-Player of the Year, Jillian Alleyne is a basketball free agent who briefly played for the Minnesota Lynx of the Women's National Basketball Association (WNBA), as their Power forward. In the 2016 WNBA draft, she was picked 20th overall in round two by the Phoenix Mercury. She finished her collegiate career playing for the University of Oregon.

A native of Fontana, California, Jillian Alleyne was born on August 16, 1994. She holds an American nationality and belongs to the Afro-American ethnic background.

Having started her basketball career since 2017, she has earned decent sum playing a season in minor leagues and briefly in WNBA for Minnesota Lynx.

According to the Minnesota Lynx's payroll page, she earned $8,169 after signing a 7-day contract with the team where Sylvia Fowles, Seimone Augustus, and Danielle Robinson are the best-paid rooster. 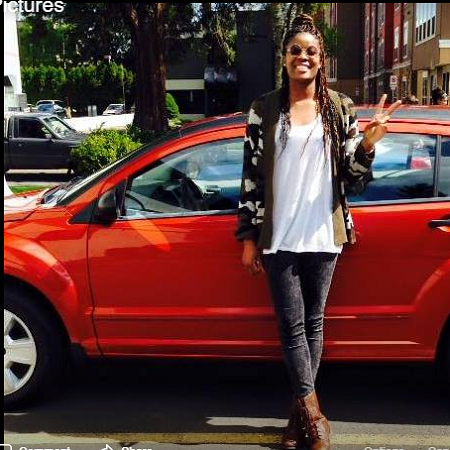 Back in 2015, she purchased her first car, after she has been saving money for the past 3.5 years.

Besides, along with other members of the Ducks basketball team, she has done charity work in the Dominican Republic.

Jillian Alleyne, 25, is among the WNBA star who has maintained their love life as secret as possible. She has not given even a single hint to her relationship status.

Jillian Alleyne was born to parents: Donald and Pamela Williamson, a ran track for Trinidad and Tobago. Further, she was raised alongside her sister Faith Williamson.

Moreover, she has a keen interest in country music, which she discovered after attending a Jason Aldean concert. In college, she has majored in communication disorders and sciences.

Alleyne has recorded the 21 consecutive double-doubles in a NCAA game, becoming the third most in NCAA women's basketball history. In 2016, she shared the media version of the Pac-12 Player of the Year award with Oregon State's Jamie Weisner.

For her collegiate career, Alleyne has the third-most rebounds along with the second-most doubles in NCAA Division I history.

In 2017 WNBA Draft, Jillian Alleyne was picked by the Phoenix Mercury with 20th overall. However, she did not make an apperance for the team instead went on to play for IDK Gipuzkoa and Hapoel Rishon LeZion.

In July 2019, she was added to Lynx's on a seven-day contract, where she played in three preseason games before she was waived on May 21, 2019.