The football player Arkadiusz Milik hails from Poland and is a left-footed player playing for the Serie A club Juventus on loan from Ligue 1 club Marseille. Furthermore, he is positioned as a striker for the club, and so far, he has done many shifts in his active years.

The Polish footballer, Arkadiusz is a professional football player who began his career in the field in 2011. Further, the player has impressive playing skills and is one of the versatile players in his squad whose unique playing techniques are wow.

Arkadiusz Milik is not alone; the footballer is dating his beautiful girlfriend, Agata Sieramska. Besides, the footballer often e joy his vacation with his partner, and they continuously visit different places and enjoy new dishes and traditions.

Besides that, Milik is open about his lovelife and has let everyone know about his dating carer as he often shares pictures of his girlfriend and him on his Instagram handles. Considering the facts, Agata seems to be a professional model, but as the exact facts are still missing from the web sources, we won't have the precise details on this. 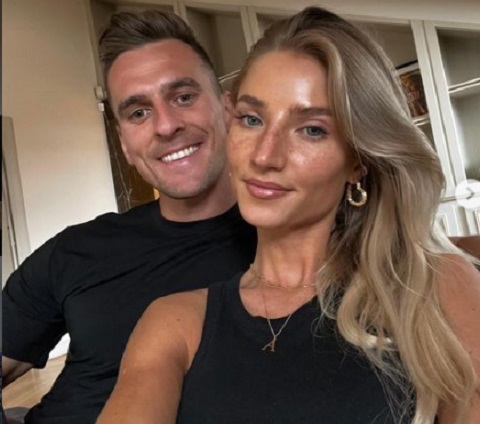 Arkadiusz Milik with his wife to be, Agata Sieramska SOURCE: Instagram @arekmilik.com

Moreover, Agata being a loving and caring partner often seems in the match the player to cheer him up and be a blessing to Milik. Additionally, both partners are fitness lovers and never miss working out and going to the gym.

Arkadiusz began his professional career in 2011 and joined the club Gornik Zabrze. However, before starting his senior career, he played for the club Rozwoj Katowice. With the club, Gornik Zabrze signed a one-year since for a fee of 500,000 zlotys. Later in 2012, he played for Bayer Leverkusen.

One after another, Milik got the opportunity to play for significant clubs like Bayer Leverkusen. Similalry, in 2013 he was loaned to FC Augsburg for €150,000. The following year in 2014, he played the 2014–15 season on loan at reigning Dutch champions Ajax.

Additionally, in 2016 he was transferred to the club Napoli, where his fee was €35 million. On January 21, 2021, he joined the Olympique de Marseille on an 18-month loan deal. Currently, the footballer is playing on loan for the 2022–23 season for Juventus. 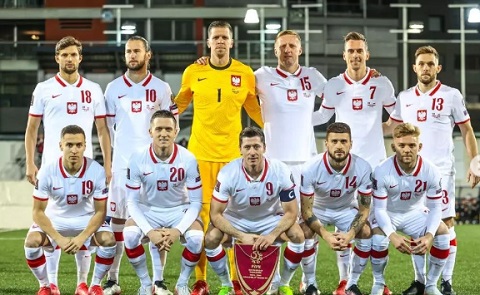 Arkadiusz Milik and his team during a match SOURCE: Instagram @arekmilik.com

Along with his club career, the footballer also has an excellent international career as he has represented his home country in multiple events, including under-18 and 19 and UEFA Euro 2016. Similarly, the Milik has also played in Russia's 2018 FIFA World Cup.

You may also prefer to read about Krystian Bielik.

What Is His Net Worth And Salary?

As we mentioned earlier, Arkadiusz is a professional-level football player, so he must gather a whopping sum of money from his current football profession. Likewise, close sources exposed that he has a net worth estimated to be s £26,598,000.

Additionally, salarysport.com revealed that he earns £79,000 per week, £4,108,000 per year playing for Napoli; however, the latest data on his earnings haven't yet been updated. Exploring his bio, the current market value of the pro-level footballer is €16.00 million.

Who Are Arkadiusz's Parents? Their Name And Details

The fan's favourite football player, Arkadiusz, was born on February 28, 1994. Likewise, he grew up in his birthplace, Tychy, Poland. He holds Polish nationality. Moreover, he prefers to remain silent when the topic is about his family. 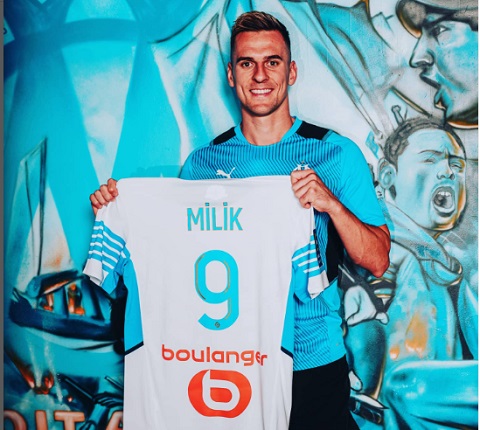 Therefore we don't know his parents' names and identities. Similalry, he never shares posts mentioning his parents on his social media handles. Due to his private nature, we have no clue he has siblings. Additionally, he has adored Cristiano Ronaldo since his childhood.

Read more facts about your favourite athletes at Playerswiki.com.