Ariane Lipski is a Brazilian mixed martial artist currently competing in the flyweight division of the Ultimate Fighting Championship. She is a three-time KSW Women's Flyweight Champion.

Lipski was born in Curitiba, Parana in Brazil on January 26, 1994. The five-foot-six fighter is of Polish descent and was a Brazilian Muay Thai champion before her UFC debut.

Lipski brawled most of her early MMA career in Brazil and Poland. She had her pro debut match versus Daiana Torquato at Nitrix Champion Fight 17 on November 3, 2013. She won the fight via majority decisions at 5:00 of round 1. At the 21st edition of Nitrix Champion Fight, she was put up against Gisele Moreira. Moreira won the bout via unanimous decision giving Lipski her first career defeat.

Ariane next defeated Jaqueline Santana at Gladiator Combat Fight 7 on September 8, 2014. The following two fights, she was worsted subsequently by Daiane Firmino and Isabelly Varela. 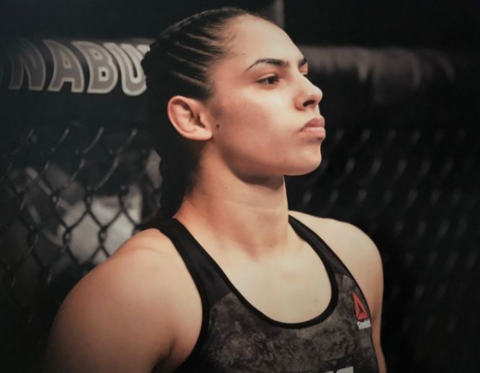 Ariane Lipski has a fight record of 13 wins and seven losses SOURCE: Instagram

She retained the crown on two successive matches defeating Morais and Juarez. Ariane Lipski suffered her fifth and sixth career loss owing to Joanne Calderwood and Molly McCann respectively. The former being her introduction to UFC fighting under the billboard, Cejudo vs Dillashaw.

She next trounced Isabela de Padua and Luana Carolina before losing to Antonina Shevchenko and Montana De La Rossa. Her violent kneebar pounded upon Carolina won her the performance of the night at UFC: Figueiredo vs Benavidez.

En route to her triumph over Carolina, Ariane Lipski netted overall earnings of over $82,000 that included a $14,000 guaranteed payout, another $14,000 for winning the fights, $5,000 for promotional bonus, and a whopping $50,000 for putting an outstanding performance.

In a nutshell, that's pretty much a general blueprint of MMA payouts. The assured show purse may differ when you are not competing in the UFC verse. Since her Ultimate Fighting debut, she reportedly has been grossing over $25,000 per fight. p

An MMA performer typically rakes in $5,000 - $10,000 for lining up against their opponents. The pouch doubles if they become victorious and occasionally gets inflated via famous bonuses such as the fight of the night, the performance of the night, and the knockout of the night. Also, Lipski being a UFC member has been receiving Reebok's sponsorship gains for some time. That's usually $3,500 - $5,000 per fight.

Insiders project the Polish descent fighter has fetched in over $380,000 since the start of her professional streak. To rough it up, one could say her net worth might be shy of $200,000 - $300,000 from amounting to half a million dollars.

Who is Ariane Lipski's Boyfriend?

Lipski is currently dating her boyfriend, Renato Silva. Her bae is also a former MMA athlete but as of present is focused more on being a coach. The couple resides in Florida. Lipski has been partly under Silva's tutelage since 2013. Silva first announced Ariane to his Instagram fans on November 13, 2012. She was quite prevalent on his socials thereafter - mostly for promotions and congratulations. 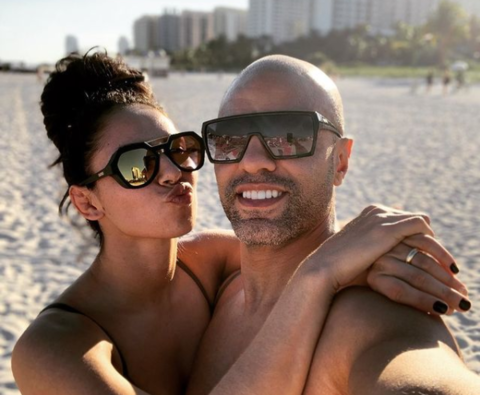 The pair, in a rather subtle approach, kept on hinting about their relationship - though it remains unknown whether they were doing it deliberately. It is believed the couple developed their relationship during Lipski's European journey. By October 2018, how the pair were being pictured insinuated that their bond was much more than just a teacher and a student.

However, it wasn't until Lipski's 25th birthday when Silva addressed as her better half calling her "soul mate" through a post shared on his Instagram account that featured a picture of him and his pupil-turned-girlfriend, January 26, 2019. Since then the two have been quite vocal with their love for each other.

Silva is also a father to a son, Renan, born, October 11, 2014. Though it's not confirmed if Lipski is his biological mother.