Andy Murray's Hip Injury Has Brought Him To The verge Of Retirement, Inspiring Andy Murray Story 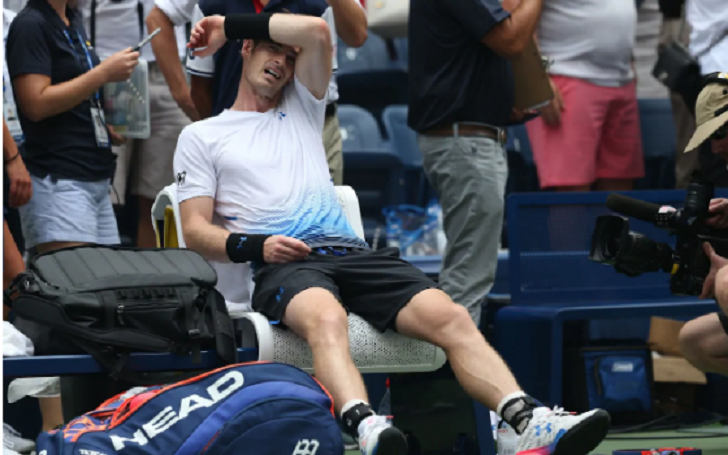 Murray has been plagued by a deteriorating hip problem since the week before the beginning of Wimbledon in 2017. Murray's never dealt with the specifics of his injury, but he admitted that it was a longstanding problem, consulting Dr. John O'Donnell, one of the world's leading hip surgeons, since 2008.

"I have a severely damaged right hip, Having the operation last year was to give it the best possible chance of being better. I have been playing with hip pain for years, it wasn’t like it just started after the French Open against Stan Wawrinka. I just didn’t recover from that match and it pushed me over the edge."

If Murray's inner lining– known as the articular cartilage– is severely damaged, the prognosis is not optimistic. A fortnight ago O'Donnell told BBC Radio Five Live:

" It wasn't at a time when we could try and normalize his hip. It was just to try and improve it as much as we could."

What treatment has he received Over the years?

After Wimbledon six months of rest and rehabilitation in 2017, Murray underwent arthroscopic " keyhole" operation in Melbourne one year ago.

he told reporters after the operation:

"I’m very optimistic because, having spoken to the surgeon, he was very happy about how it went. He felt my hip will be feeling better than it did a year ago. I was still doing fine a year ago, ranked No1 in the world.

"I’ve been quoted times for how long it’s taken for players to get back from the surgery I’ve had, and up to 14 weeks is what I’ve been given."

A little post op photo. I'm feeling really positive and looking forward to starting rehab. Thanks to everyone for the well wishes and support the last few days.. It really helps. And everyone try and find a partner who looks at you the way @jamie__delgado looks at me

By the autumn of 2018, Murray's rehab had led him to Bill Knowles, a Philadelphia- based former ski coach who is regarded as one of the leading “return to play” specialists in the world. Knowles uses some unconventional methods, including cushioned assault courses and customized sporting challenges.

How painful is Murray's condition?

Murray's hip problem remained hidden till 2017's French Open and wasn't seen as a severe issue up until June 2017, when he was unable to walk painlessly after the long French Open half- final against Wawrinka. 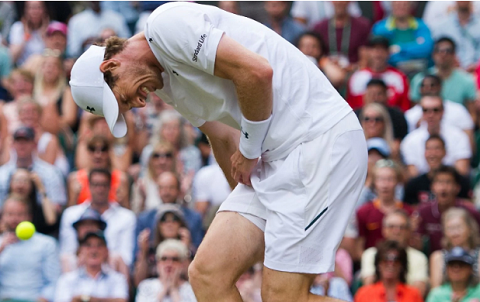 CAPTION: Andy Murray's hip injury brought him to the brink of retirement SOURCE: The Telegraph.UK

When Wimbledon came a few weeks later, Murray admitted he was nearly uncomfortable.

"At Wimbledon basically everything was hurting. I had never been in pain like that before. It's got better but still, it's extremely tiring mentally when you are feeling your hip from the first minute that you wake up in the day and start walking, to when you lie down at night."

"The operation didn’t help with the pain at all. It’s what I have been struggling with. The pain is the driving factor. I can play with [physical] limitations, but the pain is not allowing me to."

"The odds are that each time he put weight into his hip and/or groin area and especially during landing rotation movement he would have felt severe heavy pain around him."

He then said, what's his current condition elaborating

"In my experience for an elite athlete to be affected by the pain, it would have been at around 7/10 or over. (0 being nothing, 10 being the most painful)."

Could a third surgery solve it all?

Murray has already had two operations in the troubling area: a hernia operation in December 2017, and a procedure by O'Donnell in January. So, it looks like the athlete is out of option, he possibly is trying to rehabilitate it, rather than looking for a cure. But he is didn't slam the possibility of another surgery as well.

He on the show further said:

"If I can get myself to 95 percent of my best," Murray then claimed, "I believe that’s enough to compete at the highest level."

Murray raised the prospect of further surgery yesterday and a more comprehensive procedure to try and resolve the problem.

"I thought I had another operation, a little more severe than I had previously. If I resurface my hip, it will allow me a better quality of life and pain, which I am seriously thinking of right now."

"Some athletes have had that and returned to compete, but there are no guarantees. The reason for having an operation like that is not to play a professional sport, it’s to have a better quality of life. If I was to have an operation like that and rehab properly I would give my hip a chance to be as good as it can be, but I know it’s not an easy thing to come back to and play a professional sport to a high level."

What're His chances of playing at Wimbledon one last time?

Murray said that he wants to do it one more time, and hasn't yet thought about keeping hide racquets aside but he in a realistic way said that the chances look very thin.

Unclear, but not good.

"In the middle to end of December, during the training block, I spoke to my team, and I said ‘I can’t keep doing this and I need to have an endpoint. Because it was just playing with no idea of when the pain was going to stop. I said to my team ‘Maybe I can get through this until Wimbledon, that was where I would like to stop playing. But I am also not certain I am able to do that."