Andy Isabella is an American footballer wide receiver currently signed for the Baltimore Ravens of the National Football League (NFL). Similarly, he played college football at Massachusetts, and the Arizona Cardinals also selected Andy in the second round of the 2019 NFL Draft.

The American native Isabella was born on November 18, 1996. Andy spent most of his early life in his birthplace, where Andy started his initial career and was recruited as a running back. Well, he was among the highest-rated wide receivers at Pro Football Focus.

The handsome hunk, footballer Andy is in the football field for the past five years. He began playing football in college when Andy was drafted as a running back; later, he converted to wide receiver. Before beginning his career on the college team, Andy ran track in high school. 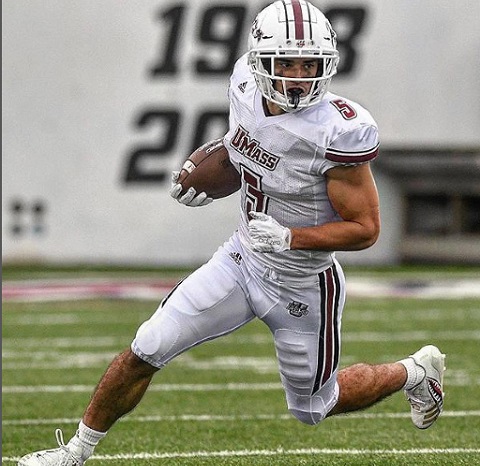 In high school, Isabella bested the state title in the 100-meter dash. Playing as a senior, he was an All-American and one of the finalists for the Fred Biletnikoff Award. In addition to this, he was also named to the 2018 College Football All-America Team.

Isabella was one of the high-ranked players during his college years, and he was also Pro Football Focus's highest-rated wide receiver posting a season grade of 93.2.

How Rich Is Andy? Income Source And Career Earning

Many of Andy's fans are curious to know about his earnings and income; therefore, we are here to tell you that he signed a 1-year contract with the Baltimore Ravens, where the club agreed to pay him an average annual salary of $277,200.

Apart from that, his current net worth is estimated to be $1 million; however, Andy doesn't like to talk about his income and luxurious life openly on web sources which is why detailed information on the value of his assets is still lacking.

Andy instead keeps his mouth tightened when the topic is regarding his lovelife as he is a private-natured person like his teammate., Zakoby McClain. Therefore, we have no details about his romantic life as he has never shared whether the footballer is dating or single.

Similarly, the Baltimore Ravens player hasn't shared any posts mentioning his loved one, which made us clear that Andy is possibly single and focused on his career. Additionally, his pat lovelife is currently blanked and hasn't been to any controversies and rumors.

When Does Andy Celebrate His Birthday? 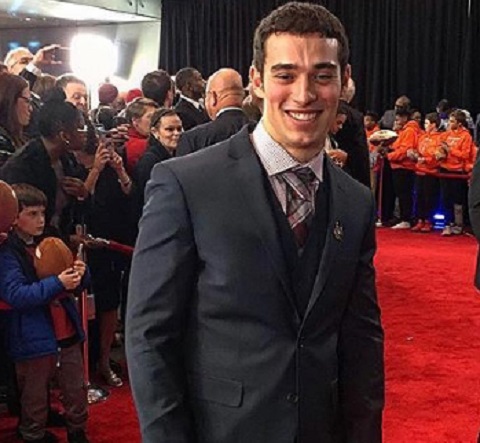 Further, he is the son of Toni Isabella and Susan Isabella. Besides, he has five siblings, one brother, and four sisters, with whom he grew older. But nothing much is known about his family members as of this writing. More, he is of Italian heritage.