Andrew Whitworth is a former American football tackle who played professionally for the Cincinnati Bengals and the Los Angeles Rams. On March 15, 2022, Whitworth retired from professional football and became an analyst for Amazon's Thursday Night Football crew.

Whitworth is a happily married man who lives a blissful life with his stunning wife, Melissa. The loving couple walked down the wedding aisle in January 2006. Since then, the Whitworth couple has been sharing the relationship of a husband and a wife. 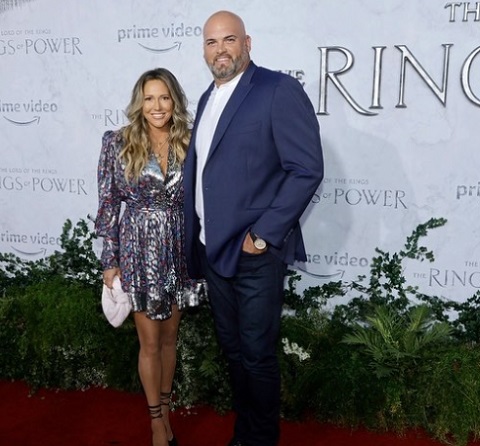 Andrew Whitworth is married to his wife  SOURCE: Instagram @andrewwhitworth77

Melissa is a journalist from Northern Louisiana. She was also a reporter on local affiliates NBC10 and Fox14 News. Besides, she is a beauty pageant winner who was given the title of Miss Louisiana during the National Sweetheart Pageant in 2003.

Being married for over a decade, Whitworth and his wife have already started a family of their own. They are blessed with four kids: twins Sarah and Drew, Michael, and Katherine.

Whitworth's Net Worth Is in Millions

Whitworth has amassed a massive amount of money from his long-term professional career. According to Celebrity Net Worth, Whitworth is estimated to have a net worth of around $40 million, but some online portals claim it to be over $47 million.

As we know, Whitworth played in the NFL for 16 seasons. Marca reports that Whitworth's career earnings are $106.9 million. While playing for the Rams in the year 2020, he had a massive deal of $30 million, including a $5 million signing bonus and $12.5 million guaranteed. 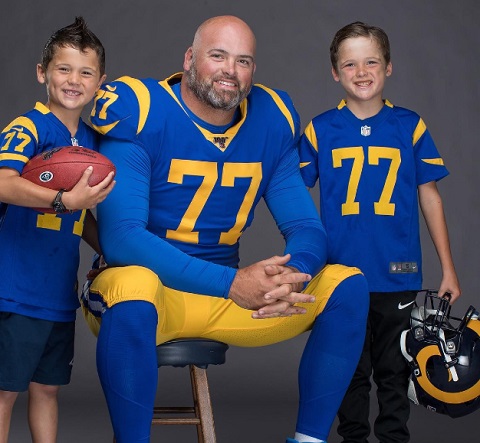 No doubt, Whitworth lives a lavish life with his huge income. He is currently an analyst and might be making a fair sum from it too.

Short Details on His Professional Career

Whitworth went to West Monroe High School in West Monroe, Louisiana, where Whitworth played high school football for the Rebels. From 2001 to 2005, Whitworth attended LSU. As a sophomore in 2003, Whitworth started in all fourteen games.

Talking about his professional career, the Cincinnati Bengals selected him in the second round (55th overall) in the 2006 NFL Draft. And Whitworth made his NFL debut on September 10 against Kansas City. He contributed to the team until 2016 and later moved to another team.

On March 9, 2017, the Los Angeles Rams and Whitworth agreed on a three-year contract. And again, on April 1, 2020, he signed a three-year contract with the Rams. His performance was loved by many, and he also received some honors, including the 2021 Walter Payton NFL Man of the Year at the 11th Annual NFL Honors.

Finally, on March 15, 2022, he announced his retirement after 16 seasons at the National Football League (NFL).

Andrew James Whitworth was born on December 12, 1981, in Monroe, Louisiana. So, Whitworth holds an American nationality and peaks at an impressive height of 6 feet 7 inches (2.01 m). His parents, James Whitworth and Charlotte Whitworth, raised him.