Andrew Hawkins is a well-known American football player. He played in the National Football League for six seasons with Cincinnati Bengals and Clevland Browns. Hawkins was two times Grey Cup champion. Andrew retired from the games in 2017 and works as a host in numerous television shows as cohosts the variety program "Roku Recommends."

Andrew Hawkins was born Andrew Austin Wyatt Hawkins on March 10, 1986, in Johnstown, Pennsylvania. He is the son of Artrell Hawkins Sr. and Aletha (Haselrig-Jones) Hawkins. His father also played football for the University of Pittsburgh. Andrew has an elder brother named Artrell Hawkins Jr, who is also a former American football player. Hawkins graduated from Bishop McCort High School and enrolled at the University of Toledo. Talking about his physical appearance, Andrew stands five feet and seven inches tall and weighs 82 kg.

Andrew Hawkins has an estimated net worth of more than $10 Million. Hawkins played in the NFL for six seasons. He signed a one-year contract worth $465,000 with the St Louis Rams. The following season, Hawkins moved to Cincinnati Bengals and signed a $1,431,000 for a season. 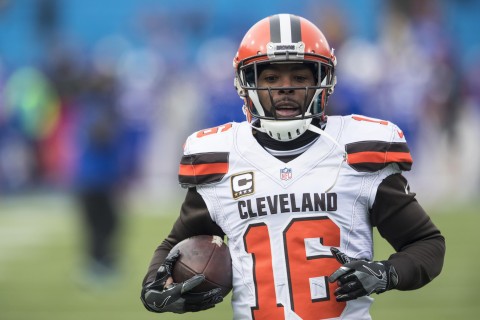 In the 2014 season, Andrew moved to Cleveland Browns and signed a four-year, $13.6 million contract, including a $3.8 million signing bonus. In 2017, He moved to New England Patriots and signed for $980,000, but he did not play and announced his retirement. Since his retirement, Andrew works as a host for numerous shows and makes a six-figure salary.

Andrew is married to his longtime girlfriend, Markisha Hawkins. The duo walked down their wedding aisle in 2014 at a private wedding ceremony. They had been dating for several years before tying their wedding knot. Andrew's timeline is filled with photos of his games and his family. 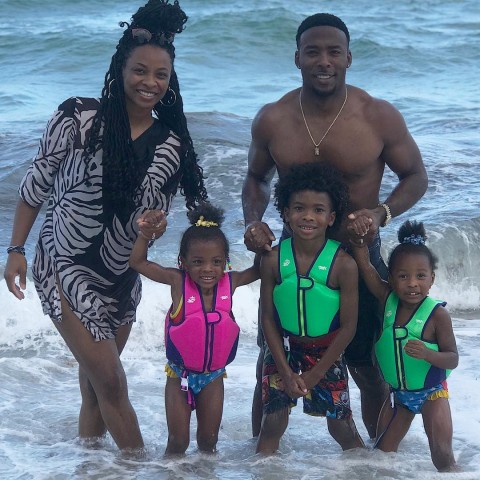 Andrew and Markisha are the proud parents of three children. He is very much private about his children. Although Hawkins keeps sharing numerous pictures but not shared a word about it. The family of five is living a happy married life.

Andrew comes from athletic family background. He started training for the games from a very early age. Hawkins played football and ran track in his High School days. Andrew was named second-team All-state as a defensive back by PA Football News and Associated Press. Upon graduating from High School, The athlete joined the University of Toledo and played for the team.

Andrew listed his name for the 2008 NFL draft but went undrafted and joined Montreal Alouettes in the Canadian Football League. In 2011, He moved to NFL for the St Louis Rams. Shortly after that, Hawkins moved to Cincinnati Bengals and played for the team until 2013. The following season, Andrew signed with Cleveland Browns and played until 2016. In May 2017, Hawkins signed a one-year contract with New England Patriots but announced his retirement shortly.

After retiring from Football, Andrew started working as a Sportscenter host on Snapchat and co-hosts for a football-based podcast called the Thomahawk show.