Keenan Allen and his wife, Ciandra Monique, finally exchanged their vows in 2022. Moreover, the married couple dated for years before finally taking their relationship to the next level. However, Keenan and Ciandra already lived like husband and wife. Also, the NFL star and his woman welcomed three kids before walking down the aisle. The couple held a massive wedding with limited invitations to their loved ones.

The Los Angeles Chargers wide receiver and his wife went all out on their big day. Ciandra and the father of her children lavishly celebrated their holy union. And do keep reading to know more about the duo's wedding!

Keenan Allen and his Wife Ciandra Monique picked the perfect venue for their wedding!

Sparing no expense and gunning for the best, Keenan Allen and his spouse Ciandra picked only the best place to tie their marital bond. Allen and his wife, Ciandra Monique Allen, married on June 18th, 2022. The couple selected VIP Events and Weddings as their venue. As the name suggests, it provided luxurious services to Allen's guests. 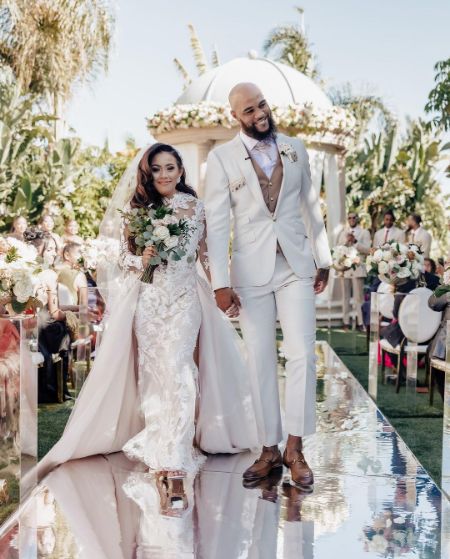 Allen and his wife went with the VIP Mansion as their venue. Likewise, The duo would exchange their "I dos" in the garden included in the package. Also, the said mansion could accommodate 250 people. Not a lot, but defiantly not a tiny amount as well.

Although the exact price of hiring the said venue isn't on their website, Keenan and his wife must have paid hundreds of thousands of dollars.

Details on Keenan and his wife, Ciandra's wedding dress

Keenan Allen and his wife, Ciandra Monique, went all out at their wedding. Everything looked unique and dazzling, from their choice of venue to the dress they wore at their wedding. And yes, Monique's wedding dress was a head-turner! 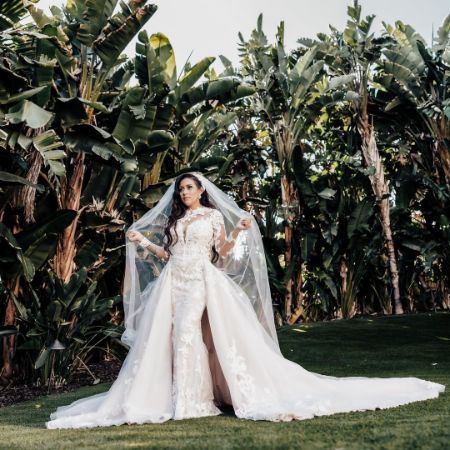 Ciandra purchased her dress from Blush Bridal Couture. Furthermore, the store is located at Newport Ave UNIT 111, Tustin, CA, USA. What's more, Monique's dress was a firm fit. Allen's bride looked radiant in her beautiful dress. An average cost of a wedding dress sits around $2k, and custom-made ones can cost anywhere from $5k to $100k. 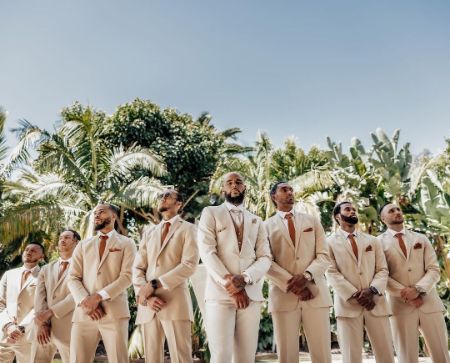 Keenan Allen and his groomsmen took a picture together at his wedding. SOURCE: [email protected]

Allen, on the other hand, wore a simple three-piece suit. However, like his wife, Keenan looked stunning in his wedding suit. Although it usually costs less than the wedding dress, custom-tailored ones start at $1,000. And the NFL star got his threads from The Grotto.

Keenan and Ciandra were parents before the Wedding

Keenan Allen and his girlfriend turned wife Ciandra Monique started dating in the 2010s. For years, the duo dated. In May 2017, Allen and Monique decided to take it to the next level, and Keenan proposed to his long-time girlfriend. 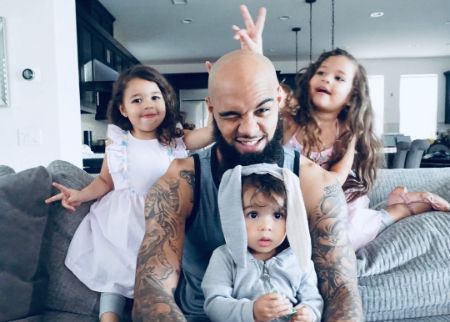 Keenan Allen and his children took a picture in their living room. SOURCE: [email protected]

Keenan's daughters were the flower girls at his wedding. And his son, whose name remains elusive, was the ring bearer.

How Rich is Keenan Allen? How much did he spend on his big day?

Keenan Allen is one of the most successful athletes in the NFL. And he subsequently made enough wealth to last a lifetime in his career. As of 2022, Allen owns approximately $34 million as his net worth. Moreover, the Wide Receiver held around $30 million as his total asset in 2019.

Allen earns millions a year from his salary from the Los Angeles Chargers. Keenan must have at least spent $1 million on his wedding, if not more. The venue, the threads, and let's not forget about the ice on the ring.

The details about the rings stay elusive for now. But given how much love he holds for his wife, the diamond on her finger must be a decent size. It remains a mystery how much Allen paid for the rings on his and Ciandra Monique Allen's finger.