Comeback player of the year Keenan Allen is an American professional NFL player who plays in the National Football League(NFL). As of 2019, Keenan Alexander Allen currently plays for the Los Angeles Chargers as their wide receiver. Keenan Alexander Allen has played for other teams like California Green Bears and San Diego.

As of 2019, Keenan Alexander Allen reportedly earns around $11,250,000 as his yearly salary from Los Angeles Chargers. Further, Keenan Alexander Allen has an estimated net worth of over $30 million. Keenan is currently in a romantic relationship/affair with his girlfriend Ciandra Monique and has two beautiful daughters Kaliyah and Kamari.

Keenan Allen Salary and Net Worth 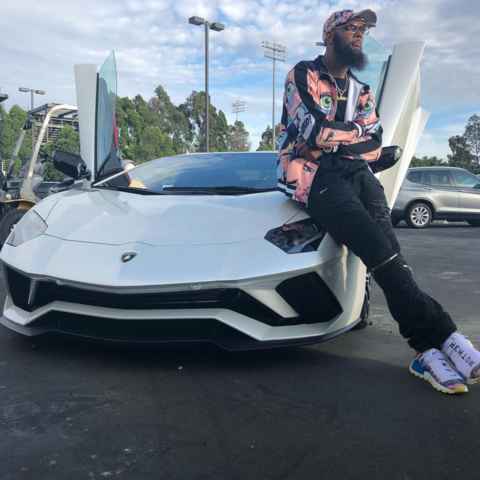 Further, the NFL Player Keenan Alexander Allen earns a good amount of money from various sponsorships. Moreover, he has a nice collection of cars including highly expensive cars.

Keenan Allen is currently engaged to his girlfriend Ciandra Monique. The couple has been dating each other for several years and Keenan proposed his girlfriend in May 2017.

The beautiful couple got engaged recently and have two beautiful daughters. His fiance is currently pregnant with their third child.

Keenan might be planning to get married soon to his fiancee Ciandra Monique since they are living together. It seems that Ciandra is happy to be Keenan's future wife.

The famous NFL star is 6 feet 2 inches tall and weighs approximately 96 kg. Keenan Alexander Allen is not only a world-class athlete but also a very attractive person.

Keenan Alexander Allen is not only a famous NFL star but also very famous in social media.

Keenan Alexander Allen was born on April 27, 1992, in Greensboro, North Carolina, the United States to parents Dorie Maynard-Lang and Keith Allen. He is American by nationality and belongs to Mixed ethnic group and has the star sign Taurus.

Keenan joined Northern Guilford High School where he played football. After high school, he committed to the Alabama University but later joined the University of California, Berkeley where he played alongside his half-brother Zach Maynard.

Keenan Allen began his professional career after being drafted in the 2013 NFL Draft by the Los Angeles Chargers and became the highest selected wide receiver since DeSean Jackson.

Chargers receiver Keenan Allen is currently leading the team in receiving yards, and he is going over 1,000 yards again. Keenan has great chemistry with Philip Rivers, quarterback, and they seem to be always on the same page, even on vertical routes.

In a rookie season, Keenan broke the franchise record for receptions, surpassing LaDainian Tomlinson, with 61 in the regular season and 3 weeks remained. Currently, he is playing for the Los Angeles Chargers since he re-signed his contract worth $45 million in 2016 with it.